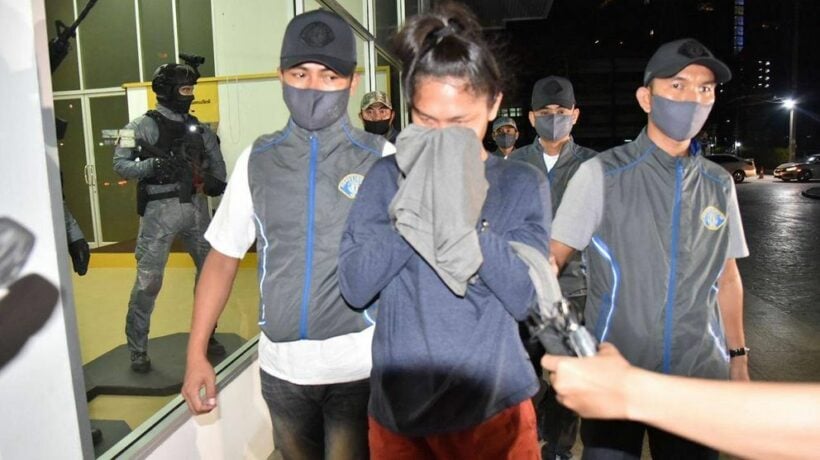 28 year old Thanphicha, aka. “Mind”, was wanted on a warrant issued by the Khon Kaen Provincial Court for “assault leading to death”. Thanphicha’s boyfriend, 27 year old Manop Amthao, was found dead with stab wounds in their rented room in Khon Kaen’s Muang district on May 28. Thanphicha was nowhere to be found.

Investigators concluded the victim’s missing transgender girlfriend was the prime suspect, and obtained an arrest warrant. The hunt led them to Bangkok. Under interrogation, the suspect denied any involvement. Police were not convinced. Security cameras recorded Thanphicha carrying two black plastic bags and a shoulder bag, about 4:30am on May 27 as she walked along the streets away from where they stayed. She was spotted at 4 locations. They suspect the plastic bags contained bloodstained clothing, which she later discarded.

She is being returned, in custody, to Khon Kaen. The investigation is continuing.

Fire kills man at his mother’s funeral in Kalasin