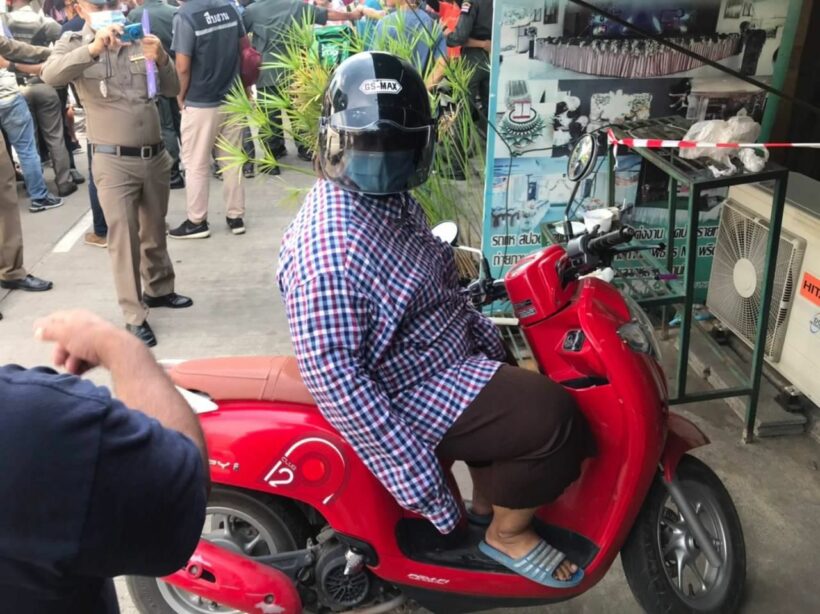 A young woman was arrested yesterday after she allegedly killed an elderly hairstylist for giving her a bad haircut. Araya Sra-On is facing charges of intentional murder as well as robbery for allegedly stealing jewellery off the woman’s body after she’d allegedly murdered her.

Police say Araya has admitted to killing 74 year old Banyat Kanthong at her shop in Phitsanulok, a province in Northern Thailand, according to Thai media reports. She told police the stylist gave her a bad haircut. Reports say Araya is either 26 or 22 years old.

Banta’s body was found in the shop’s restroom by her 46 year old daughter-in-law Manat Kanthongchuchok. Police say the body was covered in blood and the hairstylist’s neck had a deep cut about 15 centimetres long. A necklace, bracelet and ring were missing from the body, police say.

Surveillance camera footage shows a woman walking into the shop and arguing with Banyat. The woman left and drove off on a red motorbike. Araya allegedly confessed to the murder, but Phitsanulok Police Chief Phakphum Prapsiphum says the department is still investigating.

“The suspect accused that she had thrown away the victim’s gold necklace, bracelet, and ring while she was driving away from the scene. The police are now searching for the evidence… Further investigation will be focused on homicide. Additional charges must be conducted if we found the suspect was intentionally killing and making it look like an accident.”