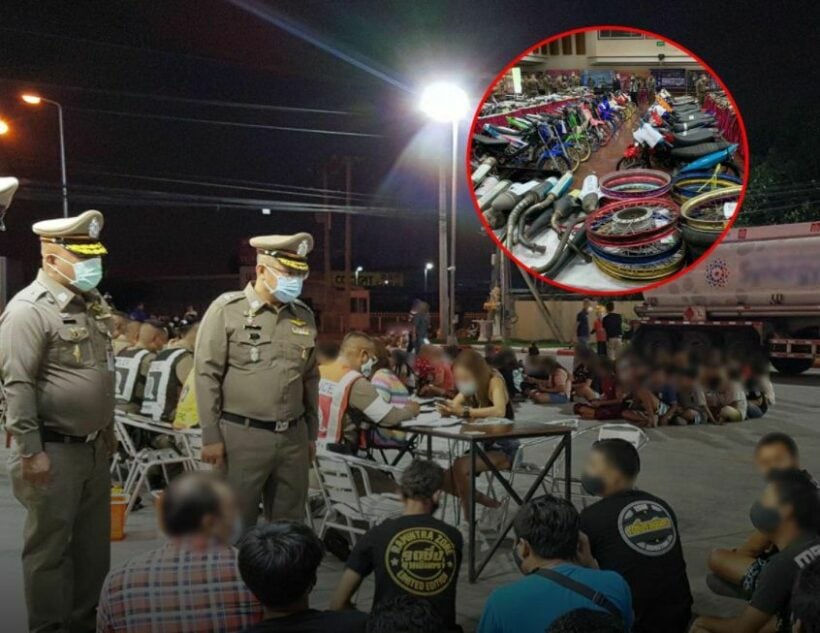 Thai police are cracking down on street racing, and the deputy national police chief says that, since the start of this year, thousands of street racers have faced charges and tens of thousands of parents have faced charges because their children were involved in races. Police are even giving out 3,000 baht to those make a report about street racing and the information leads to an arrest.

“Meanwhile, over 40,000 parents were charged with violating Child Protection Act for letting their children participating in illegal street racing, either as racers or spectators.”

Officers even set up a 400,000 baht fund in a tip-off campaign to crack down on illegal street racing. If a tip leads to an arrest, then the individual will be rewarded with 3,000 baht.

Over 1.2 million people have been charged with traffic violations this year. According to The World Health Organisation, the traffic conditions in Thailand are the worst in Southeast Asia, and among the most dangerous in the world. They report that around 20,000 people die in road accidents in Thailand each year, a figure of about 56 people per day.

Griff1315
32 minutes ago, Faz said: I've been stopped at checkpoints multiple times both riding my motorcycle and driving the car. Usually a helmet and licence check for the motorcycle, tax, licence and seat belt for the car check. I've never…
Bob20
3 minutes ago, Griff1315 said: Probably the only good thing to come out of covid is the police around here all seem to be in hiding with no road blocks for the last year or more. Same here over the…
Griff1315
5 minutes ago, Bob20 said: Same here over the last 18 months, but last week they started again with 12 officers stopping every motorbike.  Maybe a test run for when the tourists return? Might need the tea money more up…
Bob20
Just now, Griff1315 said: Might need the tea money more up North or maybe braver than our local BIB.  If stopped at a road block just start coughing as they approach, soon be waved on your way....🤣🤣🤣 I dared them…
Griff1315
4 minutes ago, Bob20 said: I dared them to fine me for wearing no helmet! But I have no motorbike 🤣 A few years back just after buying my bike new I was stopped at a 200 baht collection stop.…