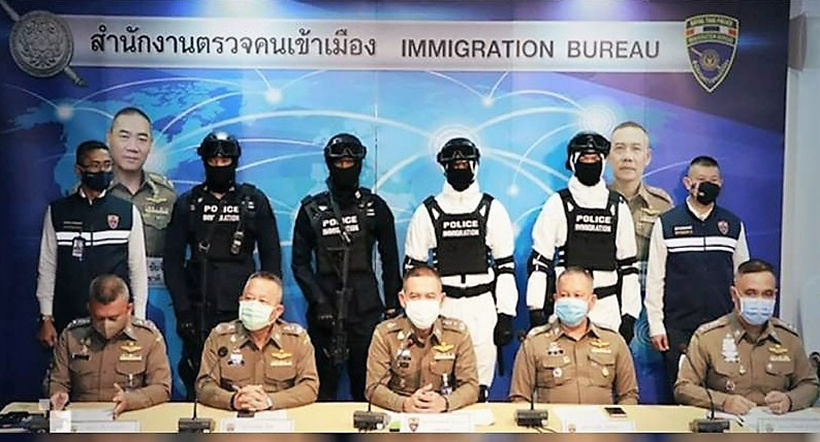 A Thai man’s arrest has led immigration police to discover an online romance scam allegedly involving a Thai woman and 2 Nigerian men. Police arrested the suspects in the Ratchathewi district of Bangkok and are charging them with conspiracy to commit fraud after the Thai man was accused of opening 14 bank accounts for the Nigerian men by using Thai ID cards belonging to other people.

The Thai man says the Nigerians paid him 1,500 baht for every account he opened. Police found and confiscated several ATM cards, bank books, SIM cards, and the Thai ID cards.

Such a romance scam usually involves creating fake social media profiles with the intent to lure victims into thinking they were romantically involved with them with fake photos and promises of affection. The money-making scheme comes into play when the ‘fake’ person asks for money from the victims usually more than once.

Thai police say they have launched a crackdown on such operations and are focusing on foreign criminals using Thailand as their home base for such romance scams. Last year, a Nigerian was arrested for a similar crime in Phuket after police tracked him down in Bangkok.