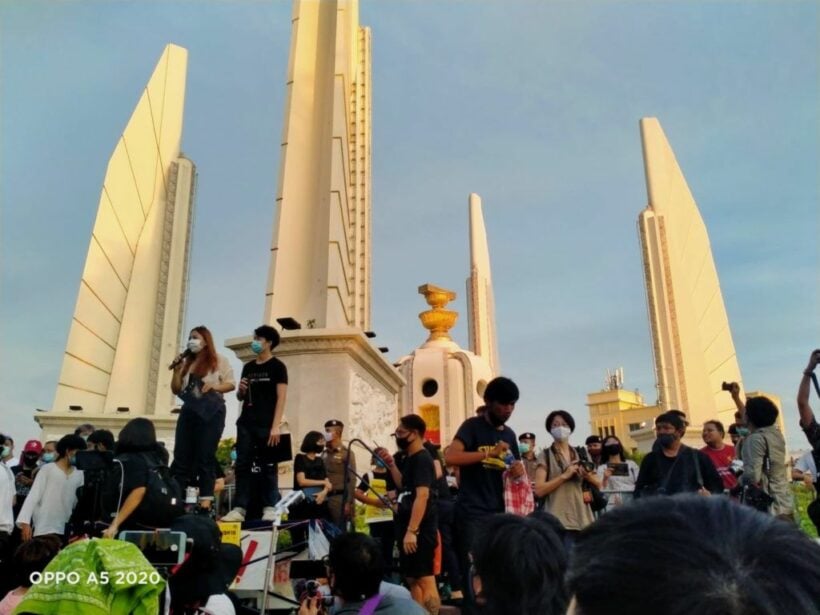 The president of the Student Union of Thailand was arrested while in a taxi on her way to class in Bangkok. This comes after a string of arrests police have made on political activists with many charges relating to the pro-democracy protest in July.

21 year old Jutatip Sirikhan video recorded her arrest and posted it live on her Facebook page. An officer in plain, civilian clothes arrested her while she was in a taxi on her way to university. The officer told her that he was a Bangkok Metropolitan Police and told her there was a warrant for her arrest.

When a Reuters reporter called the Samranrat police station in Bangkok, an officer said  “We are acting on an arrest warrant for the July 18 protest.”

The July demonstration at Bangkok’s Democracy Monument was organised by the Union of Students of Thailand and “Free Youth.” Hundreds attended the protest despite emergency decree orders banning public gatherings. The July rally sparked other pro-democracy protests across Thailand, calling for a new constitution and an end of the military-run government.

Controversially, the protesters have also started peppering their demands with the topic of reform of the country’s Head of State – a topic traditionally absolutely no-go in the past.

The student leader is facing charges of breaching internal security and coronavirus regulations, the officer told Reuters. Many activists at the rally are facing charges for violating the emergency decree. Other student leaders, activists and rappers have been arrested for holding protests. Those arrested so far have all been released on bail, according to Reuters.