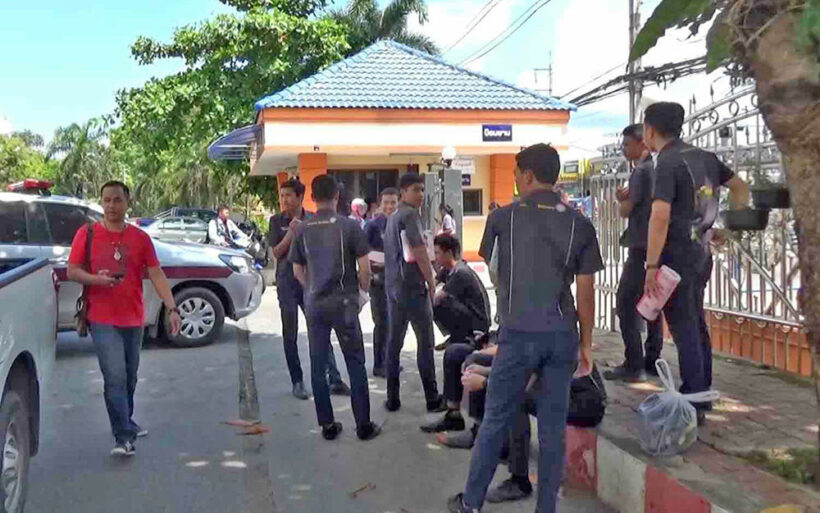 PHOTO: Students in Songkhla's Hat Yai district gather outside the college building where a student was stabbed - Assawin Pakkawan, The Bangkok Post

A student is recovering in hospital after being stabbed in a fight in Thailand’s southern Songkhla province Tuesday following an exchange of harsh words on social media. Police say the incident occurred at the Luang Prathan Ratnikorn Industrial and Community College. Police and a rescue unit were called to the scene and found 21 year old Prinya Chanpoon, a second year student in the auto mechanics department, stabbed and lying in a pool of blood. He was given first aid at the scene and rushed to hospital.

At about 10:30am, during an exam break, the two students met each other outside the building and exchanged insults. This led to a fistfight, during which Veerapat allegedly drew a knife and stabbed Prinya in the left side of his ribs, then fled.

Prinya underwent surgery and was recovering in hospital at press time. Police are looking for Veerapat.