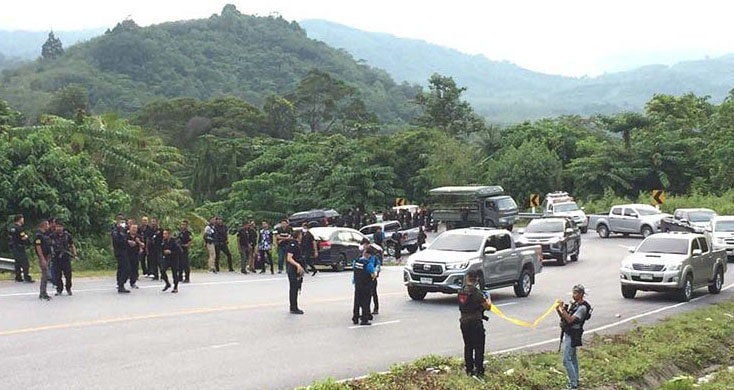 A group of insurgents allegedly shot up a police vehicle while it was travelling in the southern province Narathiwat, which borders Malaysia. 50 bullet casings were found on the ground after the ambush. Luckily, the 5 police officers, including the province’s deputy police chief, were not injured.

The police vehicle was equipped with bullet proof windows and the body of the truck was plated with armor. None of the bullets were able to penetrate the vehicle. The police sped away to a nearby paramilitary ranger post.

Police say around 10 insurgents hid in the bushes along the road and opened fire when the police vehicle drove by. After the ambush, officers were dispatched to the site. They found more than 50 bullet casings from various firearms.