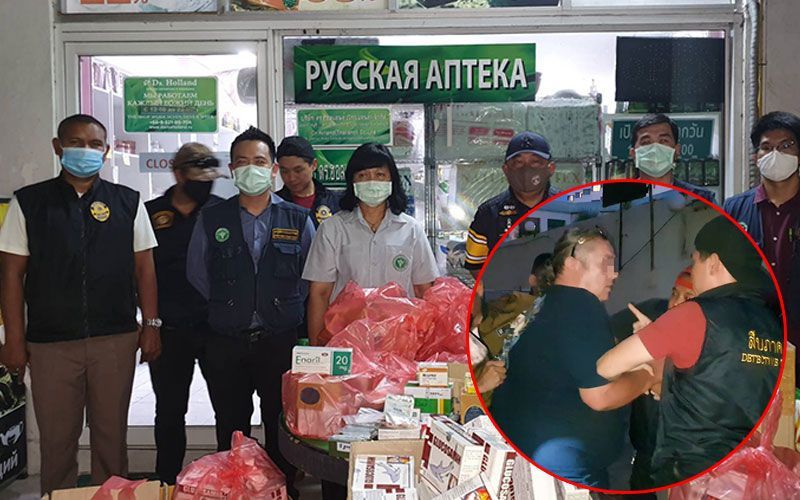 Police arrested a Russian man who was allegedly sold medicines and cosmetics illegally at a Pattaya pharmacy. Police raided the “Dr. Holland” shop on Jomtien Beach Road and found 64 medicines and supplement products that they say violated Thai law or were improperly licensed.

46 year old Kirll Tarasov allegedly ran the Dr. Holland shop and police believe he is also linked to a Russian website under the same name. Some of the products on the website include a Thai herb body scrub and charcoal toothpaste. The Аптека Dr.Holland Facebook page also advertises products like a Thai herb hair conditioning treatment and serum for growing eyelashes.

Police say there are 2 other suspicious pharmacies in Pattaya, similar to Dr. Holland, that might be selling unregistered medicines and cosmetics. Police are still investigating.