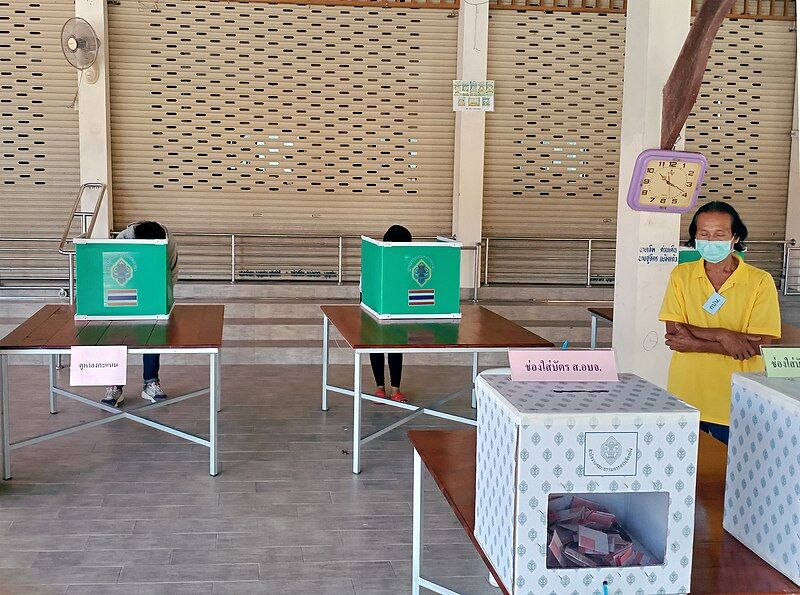 Local elections are serious in Thailand… So serious that police plan to deploy tens of thousands of officers during the November 28 sub district polls to crack down on politically motivated crimes and violations of local election law as well as to prevent clashes between candidates. In the past, crimes and violations driven by local politics have ranged from destroying election campaign posters to vote-buying. Some have clashes have been violent, even fatal.

With the tambon administrative organisation elections approaching, the Bangkok Post reports that more than 86,000 police officers will be deployed to keep the peace and secure polling stations. There will even be rapid response units deployed to assist election officials when moving the ballot boxes.

Deputy national police chief Damronsak Kittiprapas held a meeting on security leading up to the polls and said officers need to keep a close watch on local influential figures, according to the Post.

Not only will officers patrol areas with contentious races, but they will also monitor social media to look out for posts that violate cybercrime and election laws. The deputy police chief says there are 211 areas in 39 provinces with intense competition among candidates and will need tightened security.

Days leading up to local elections have even turned violent. Last March, a fatal shooting during a funeral at a temple in Ratchaburi was said to be politically motivated. A gunman shot and killed a mayoral candidate. Six others were injured, including 3 people who were running in local elections as well as a tambon official. Earlier reports said the alleged gunman was a council member of the provincial administration organisation and his wife was running for mayor against the woman he allegedly killed.

gummy
It can become very difficult to stop them fighting when it is not so much how they can represent the people, rather how much they can get out of it for themselves irrespective of how little the salaries may be.