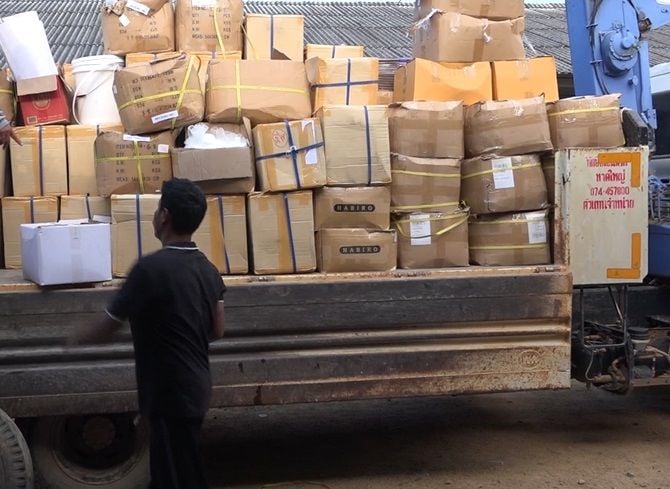 A 43 year old man was arrested for allegedly producing makeup and packaging it at his home in Hat Yai, Southern Thailand. Police also confiscated about 2 million baht worth of the illegal cosmetics.

Both police and health officials gained information about a home in Hat Yai that was allegedly producing and packaging cosmetics for an unregistered brand.

When police searched the home, they found multiple types of creams used for skin whitening and for reducing acne as well as jars, boxes and containers for packaging the products. Police filled up 60 cardboard boxes with the seized items, they say. The street value of all the homemade cosmetics is about 2 million baht, according to police.

Suthep Phetsongsi was the only person in the home during the police search. Police arrested him and charged him with illegally producing cosmetics using an unregistered brand name.

The cosmetics were taken to the local police station for further investigation.