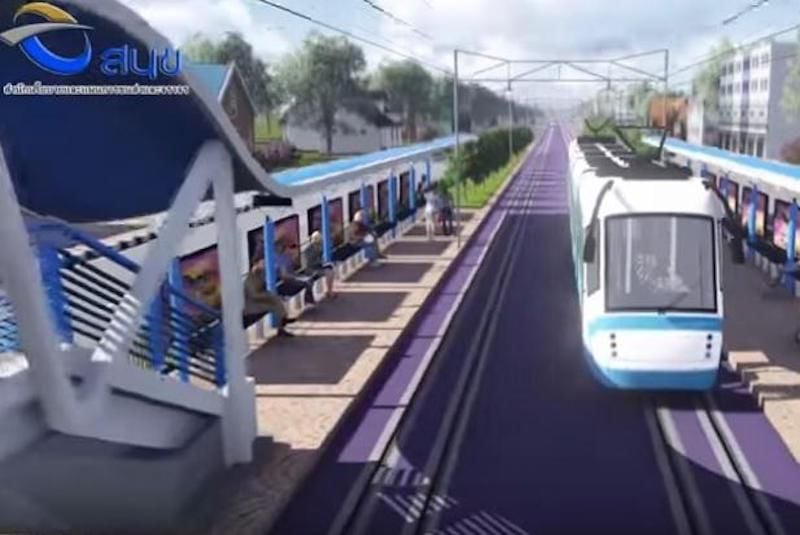 Phuket’s light rail/tram, and much-discussed, public transport system has had a round of public consultations to take the project to the next level. At one stage the route started in Phang Nga province but now it’s had a ‘haircut’ and will only run from the Phuket International Airport to Chalong Circle, a distance of some 42 kilometres.

Some of the project’s key weaknesses appear to remain part of the current plans, including taking up lanes and space along some of the island’s busiest existing roads and not being of any assistance to tourists who, predominantly, populate the west coast towns. The route also doesn’t help to link the popular tourist areas to the business hub, Phuket Town.

The revised design for the 42 kilometre light rail system was debated at a public hearing this week with representatives from the Mass Rapid Transit Authority of Thailand saying they hope to get approval from the cabinet by the middle of 2021.

The MRTA’s Saroj Torsuwan said the designs of the project had been “tweaked” after discussing it with the Highway Department and the Phuket International Airport management. In both cases, they own the lion’s share of the property that will need to be accessed for the construction and operation of the light rail.

At this stage the MRTA and Thai government are favouring a Public-Private Partnership which would include government funding along with private investment and an offer of returns for the investment over a number of operational years.

The route for the 35 billion baht project takes it from the Phuket Airport terminal, along Highway 4031, turn right to Highway 402 (Thepkasattri Road) and follow it all the way into Phuket Town. The route turns right into Thepsrisin Road, across the Thepsrisin Bridge, then left into Highway 4021 (Chao Fah East road) where it will end at the Chalong circle.

“The design was revised to include tunnels and elevated sections. While the route passing Old Phuket Town will be kept intact, traffic will have to be re-directed. Two park-and-ride stations would be built, one at the Phuket Airport and the other at the Chalong intersection,” he told the Bangkok Post.

The bidding process for the project would take place in 2022. Construction would begin in 2023 and the system was likely to enter service 3 years later. The tram would travel no more than 80 kph and the route would have 21 stations.

Saroj Torsuwan noted that Phuket was experiencing rapid growth and worsening traffic, so an efficient mass transit system would improve the quality of life both for permanent residents and tourists.

Questions remain about Phuket locals using the system instead of their motorbikes. The light rail would require them to forego their point-to-point transport and, instead, ride to one of the 21 stations, pay for the light rail, then pay for a motorbike taxi, or walk, to their destination at the other end.

With a “typical” fare being touted as around 35 baht and up, 5 days a week, that will quickly add up to a big monthly investment for the average Thai worker.

The disruption it would cause during the construction has also been flagged as a problem. Phuketians had to endure up to 2 years of major disruption for each of the 4 underpasses which were constructed from 2013 to 2018. Thepkasattri Road is the island’s major arterial road and the thought of major contraction along the road would be unthinkable for many of the daily drivers who use the road often.

About the proposed track, critics wonder where, exactly, the light rail will “fit”. Are the plans to reduce the number of lanes on the existing roads? The bi-directinal trams racks would take up the space of 2 lanes of traffic.

Some of Monday’s meeting delegates called for more stations to be built in the Thalang district along with elevated sections near the Heroine’s Monument, the revered roundabout that denotes the middle of the island and the intersection of 2 main roads. 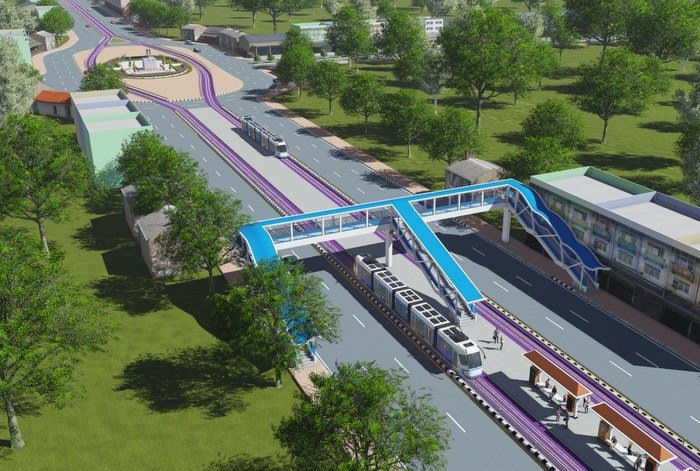 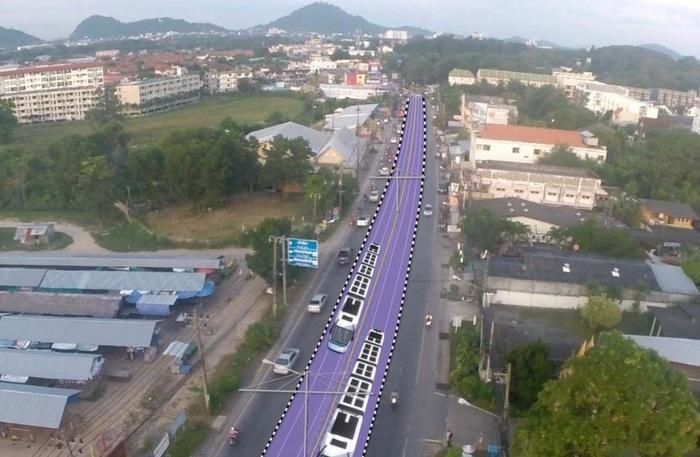