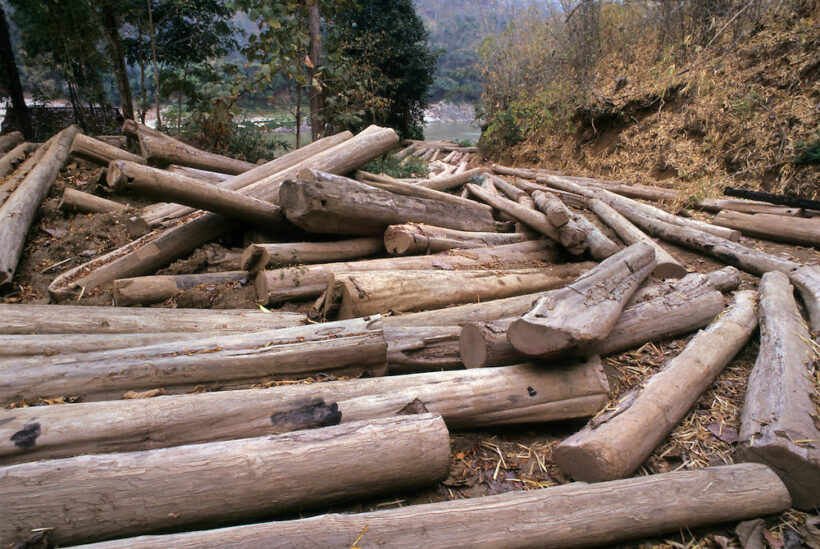 In Southern Thailand, 36 rai (about 14 acres) of forest on the Sankalakhiri mountain range has been cleared illegally by encroachers. The incident happened in the Chanae district. Director of the intelligence office of the Region 4 Internal Security Operations Command, acting on information from concerned villagers, ordered soldiers and officials to check on the alleged encroachment high up in the mountain range.

The Sankalakhiri mountain range is the Thai section of the larger Titiwangsa Mountains which form the backbone of the Malay Peninsula.

Yesterday, the team travelled in the rain for about two hours to the Mubaraenae village in tambon Chang Phuak on the ridge of the Sankalakhiri mountains. They needed 4 wheel drives and then completed the journey on foot to the inaccessible area. They found the area had been cleared in 7 spots, covering about 36 rai.

Officials say that sawdust strewn around in the area indicates that the felled trees had been processed before being removed from the area.

There had already been holes dug… officials suspect that they’d be growing durian and rubber trees, both high yield and popular crops in the South.

Officials say they will file an official complaint with the Chanae police over the encroachment.