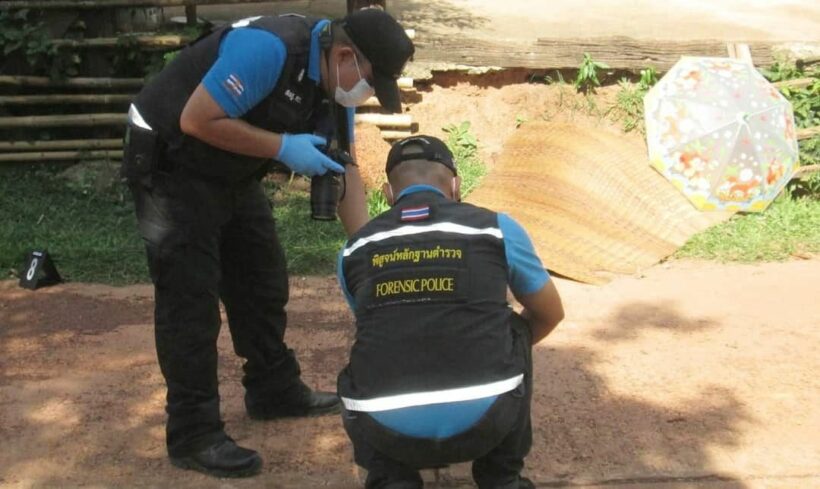 A man who went berserk yesterday in the northeastern Nakhon Panom province, bordering Laos, was shot dead by a policeman who tried to calm him down but was attacked and seriously hurt. The man was said to be high on drugs. Police say the incident occurred at about 1pm in front of a house in tambon Ban Kho.

Witnesses told police that the man, identified as 48 year old Lampoey Chamopa, who appeared to be high on drugs and heavily drunk, came to see his elder sister, 56 year old Thongkham Khensom, to ask for 100 baht, but she refused. Lampoey got angry and went on a rampage, trying to hurt people around him, prompting residents to call police.

59 year old Wichit Bangpla from Phon Sawan police station arrived at the scene ahead of his team. He tried to calm Lampoey but the man attacked him with a knife, wounding him in the head and arms. The officer fired 2 shots with a pistol but failed to stop the man. He fired a final shot in self-defence that killed Lampoey on the spot.

Wichit was taken to hospital when his team arrived.

Lampoey was hit 3 times, once in the foot, once in the shin and the last one, which took his life, in the torso. A bloody knife was recovered and taken as evidence.

An investigation is underway. 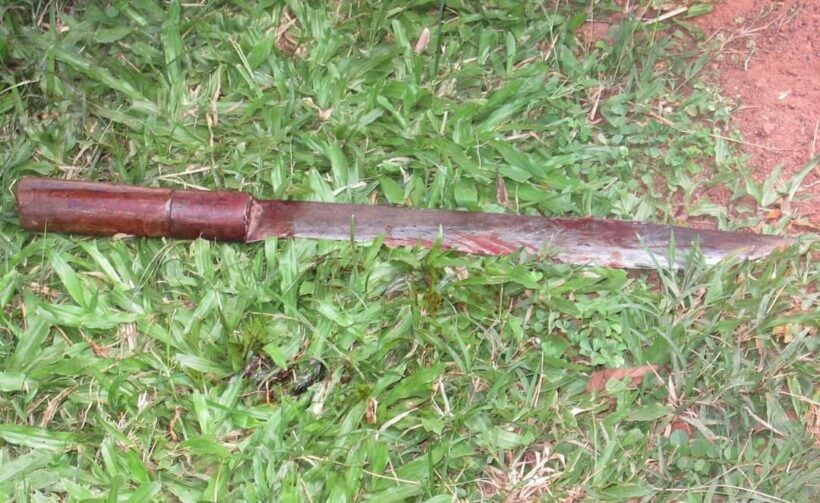