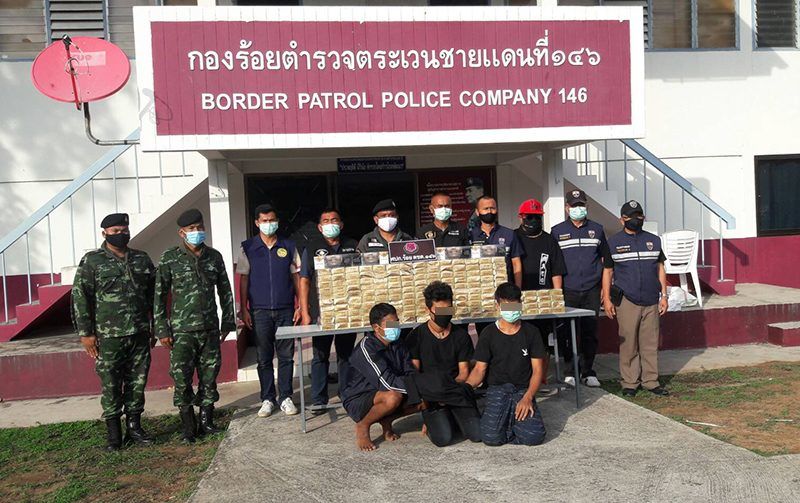 Illegal cigarettes, valued around 2.6 million baht, have been confiscated by police after they were smuggled in over the Burmese border and into the province of Prachuap Khiri Khan, Thai media reports. Three men were caught by police shortly after they crossed the border, but one was able to run back into Myanmar.

Although it was just cigarettes, smuggling of illegal substances has become a leading concern for Justice Minister Somsak Thepsutin. In the course of 6 months, thousands of people in northeast Thailand were arrested in drug cases, mostly smuggling marijuana across the Mekong and larger and more lucrative shipments of methamphetamine out of the Golden Triangle area.

Cigarette smuggling is a popular trade over the Burmese borders into central western Thailand down to Ranong province, and the southern province borders from Malaysia.