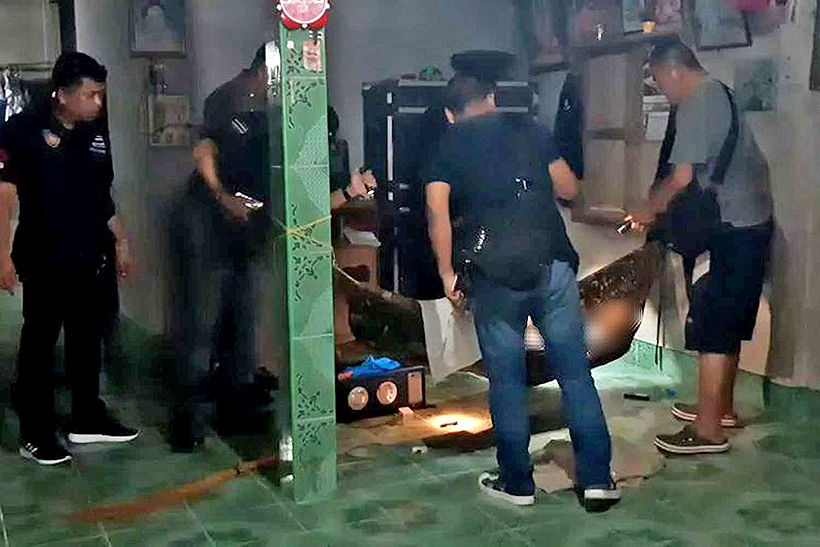 A man remains on the run after killing his son-in-law, having never forgiven him for not turning up to the wedding party laid on for him and the man’s daughter three years ago. The Bangkok Post reports that Narong Krainara shot 34 year old Sarawut Phonhiran on Tuesday night, at a house in the Thung Yai district of Nakhon Si Thammarat in southern Thailand.

It’s understood both men had a falling out three years ago, when Sarawut was to marry Narong’s daughter, Monthip. Narong arranged a wedding party for the couple, sending out invitations to guests.

However, Sarawut never showed up at the party, instead moving with his bride to live in another district. This rejection brought shame on Narong, causing him to lose face (in Thai culture) and hold a long-standing grudge against his son-in-law.

Narong’s daughter Monthip had recently returned to the family home after a dispute with her husband. When Sarawut followed her in an attempt at a reconciliation, an argument broke out with Monthip’s father.

When questioned by police later, Monthip and her mother, 41 year old Noonai Krainara, said Narong kicked his son-in-law, then pulled out a pistol and hit Sarawut in the head with it before shooting him in the chest as he lay in a hammock.

The shooting was witnessed by both Noonai and Monthip, who is understood to be pregnant with the couple’s second child. A 2 year old girl is also reported to have been in the house at the time. Narong’s whereabouts are currently unknown, with the chief of Tung Yai police, Chokdee Rakwattanapong, confirming a warrant has been issued for his arrest.

Woman sues daughter and bank for stealing over 250 million baht