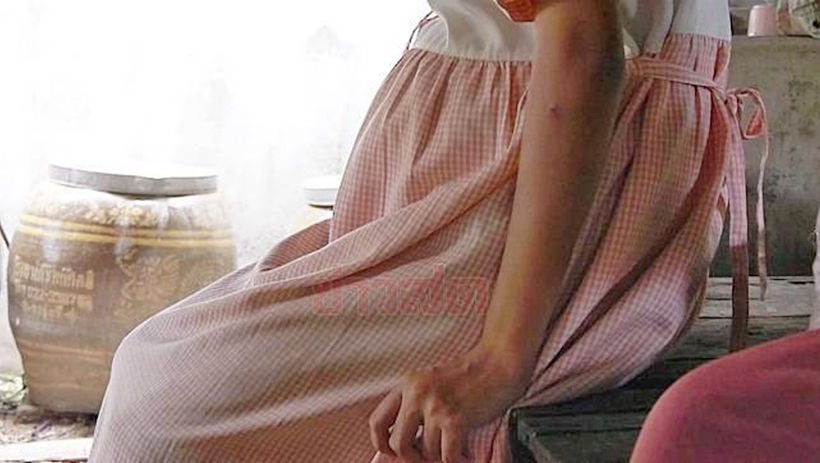 Police in the eastern border province of Buri Ram said today that a man who confessed to raping a 14 year old girl is out on bail and not considered a flight risk. The victim’s family complained that police dragged their feet in the investigation.

65 year old Somchai Kerdpra confessed to police and the media to assaulting the girl, who is developmentally disabled, at his home in Buri Ram’s Mueang Phai subdistrict. Her family went to the police in June when the girl was already 5 months pregnant, but reached out to the press yesterday saying they’re afraid Somchai will go unpunished. Police say the suspect has assaulted the victim 5 times since January.

Somchai told a reporter the first rape was to punish her for stealing from him, but said the following assaults were consensual.

“I was just punishing her because I didn’t want to hit her, so I did it to scare her from taking money again. Then she kept coming back to the house.”

The girl’s uncle said Somchai offered them 20,000 baht in compensation when the family filed complaints to the police, but they refused the payment. The girls uncle said yesterday:

“She said he would pay her 20 baht each time he did it. He went around the village and mocked us, saying ‘raping a disabled kid isn’t wrong.’”

He also suspected the investigation took so long because Somchai is an influential person in the community. But the local police chief said the suspect was not a “big name” in the area, “just a regular old man” and did not seem likely to go around “bragging” about his deeds.

Somchai has been charged with a number of offences including the rape of a minor, which carries a maximum sentence of 20 years in prison.