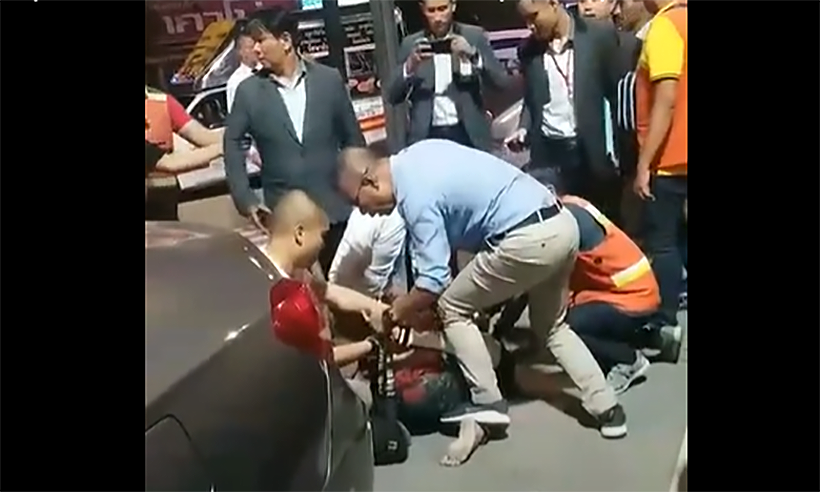 Diamonds are a girl’s best friend, but not a diamond thief’s.

A man has stolen two diamond rings from a shopping mall in Nakhon Ratchasima. He told police he wanted the rings to show his girlfriend his ‘true love’. The two rings were valued at 84,000 baht.

But true love would have to wait that day as an on-duty police officer was in the area and gave chase to the lovestruck thief. The incident took place on August 7 around 8pm.

The suspect walked into the diamond shop asking to see some rings for so he could propose to his girlfriend. After the salesperson handed him some rings, he pretended to look at them for a while. He then suddenly bolted out the door with the rings on his fingers.

A Wang Nam Kiew district police officer happened to be patrolling the mall when the theft took place. He heard screams but the fleeing thief made it easy for the policeman by running straight past him.

The suspect continued to have a ‘very bad day’ when he ran straight into the shopping centre’s glass door. The window shattered and the suspect was stunned, still wearing the sparkling diamond rings. The police officer was helped by a couple of Win motorbike taxi drivers awaiting at the front door to arrest the man.

22 year old Sittikorn admitted to the police he stole the rings but that they were for his girlfriend. He traveled to Nakhon Ratchasima to find work and to live with his girlfriend.

He told police he really loved his girlfriend and wanted to get the rings for her but realised he couldn’t afford them. He said the decision to steal the two rings was spontaneous. 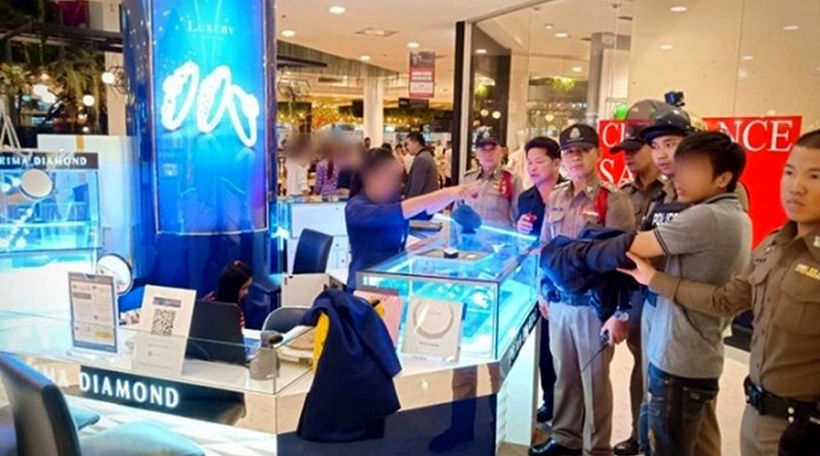