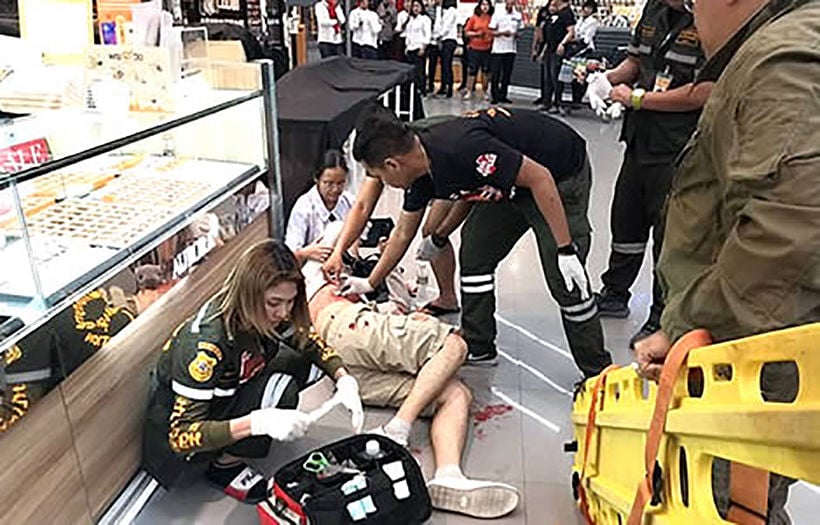 Police are now on the hunt for the Lopburi gold-shop robber who has killed three and injured four. The man stormed into a Robinson Department Store gold shop last night killing three people as he walked in. He shot without hesitation and paid no attention to the people he’d shot. One of them was a young boy. The gunman also wounded four others during the attack.

The armed man walked into the Aurora gold shop inside a mall on the Phahon Yothin Highway at 8.44pm. He strode in and started shooting at customers and staff. He then jumped on top of the glass counter, snatched three trays of gold necklaces valued around 500,000 baht, and then shot a security guard dead before fleeing on a Yamaha motorcycle. The entire incident lasted around a minute.

Three people died as a result of the shots fired as the man entered the store, including a two-year old boy shot in the head while walking past the gold shop with his mother.

The shooter was wearing a full-face face mask, balaclava, black shirt and “camo” trousers. He has armed with a 9mm pistol with a ‘silencer’ attached. The gunman acted alone.

Armed police commandos have now been deployed in the hunt for the gunman. 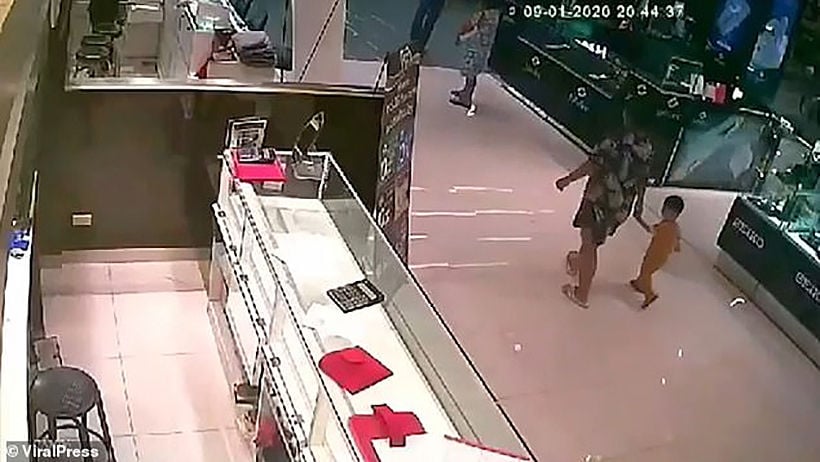 SCREENGRAB: The young boy, walking with his mother, was shot moments after. He died in hospital.