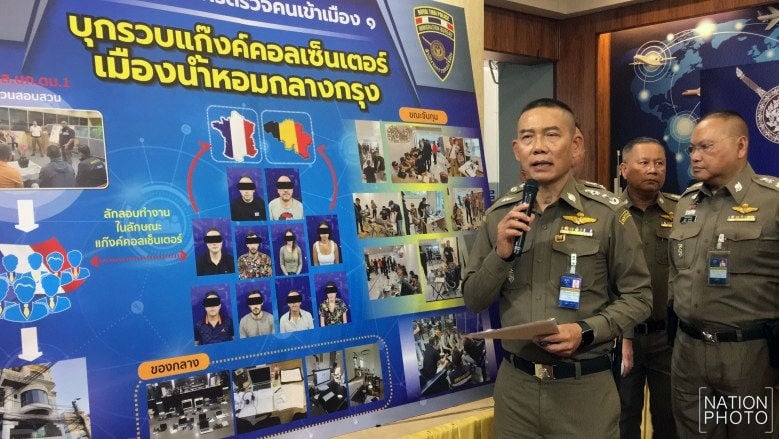 Ten French citizens have been arrested on charges of working illegally at an international call centre in Bangkok. Immigration officials were acting on a tip off and had already obtained a court-authorised search warrant to enter the building on Soi Thong Lor 25 in Wattana, central Bangkok. The building was a four-storey house modified for office work.

They arrested ten French nationals – seven men and three women. 9 of them had entered the country on tourist visas and had not upgraded their visas to business visas. They were charged with working without a legal work permit. The 10th had a work visa but was for an occupation unrelated to running an online business. He was charged with working outside an “authorised field” in his work permit.

The suspects told police they’d been working in Thailand for about a month, dealing with French clients and some in Belgium.

“They told their clients they were agents for a Singaporean company that facilitated money transfers and taxation services. They usually worked afternoons and early evenings to align with office hours in Europe,” according to police.