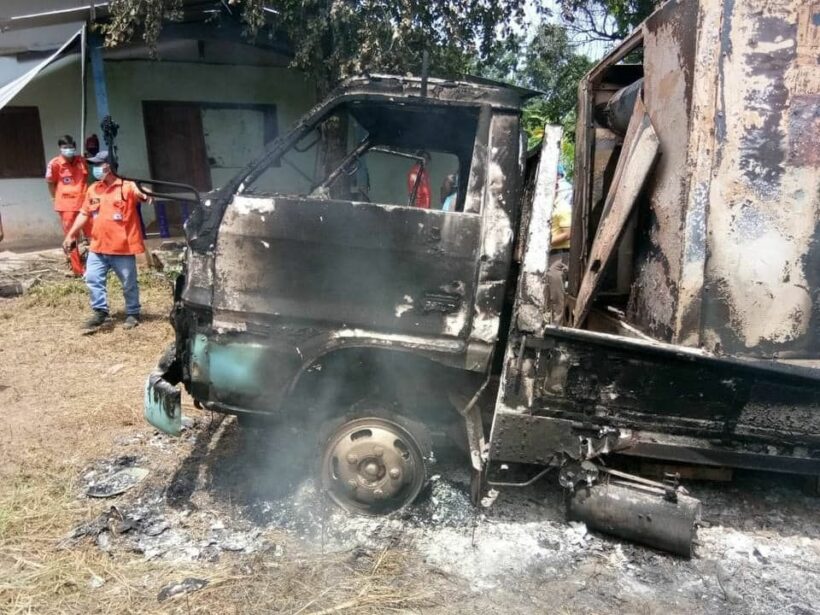 A man’s body was found burned in a truck that had been set on fire in the Isaan province Nakhon Ratchasima (Korat). The man’s employer described the case as “strange” and police are investigating for evidence of a possible homicide.

Medical examiners from the Institute of Forensic Medicine autopsied the body and identified the man as 59 year old Saman Faesantia, a local resident in the Wang Nam Khiao district. They did not report if man was alive or dead when his body was burned.

Saman’s employer says the 8 wheel truck was 10 metres away from its usual parking spot and the wheels are kept locked. Saman cannot drive, the employer says, and he would’ve had to unlock the wheels to move the truck. Apparently, the employer recently went into the underground water business, which has several competitors, according to Nation Thailand.

Posted by ชมรมส่งเสริมการท่องเที่ยวอำเภอวังน้ำเขียว on Tuesday, September 15, 2020