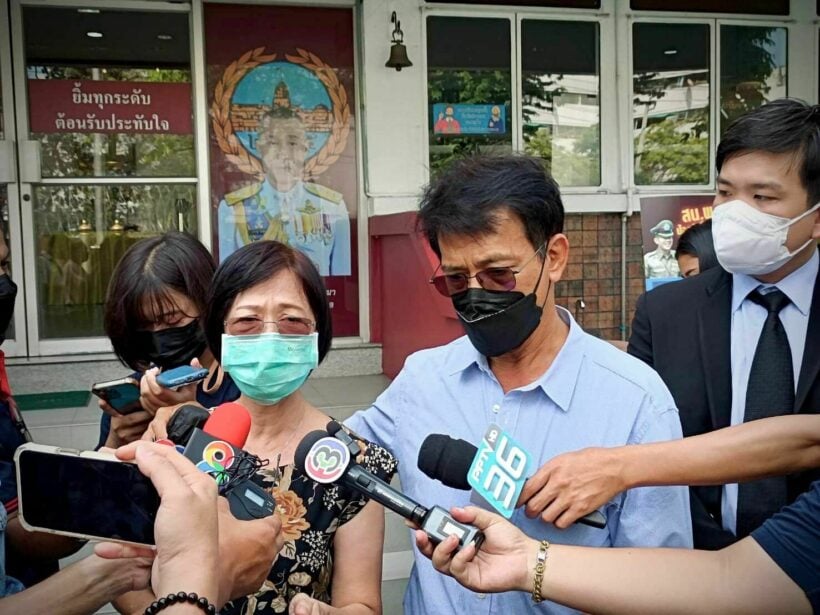 The police officer who sped his Ducati motorcycle through Bangkok and stuck an eye doctor walking on a zebra crossing, killing her, is now facing a total of nine charges. He was initially charged with seven, but authorities slapped on two more charges. But the parents of ophthalmologist Dr. Waraluck Supwatjariyakul say the charges are still too light and they are concerned there won’t be justice for their daughter.

Officer Norrawit Buadok was driving his Ducati motorcycle between 108 and 128 kilometres per hour when he hit Waraluck who was walking on the zebra crossing on Phaya Thai Road on January 21, according to the Bangkok Post. Waraluck worked as an ophthalmologist at the faculty of medicine at Chulalongkorn University on Phaya Thai Road. She was just days away from her 34th birthday.

The charges Norrawit faces include…

After talking to the police at the Phraya Thai station, the doctor’s parents interviewed Thai media about the updates on the case. According to reports, the father shared that the suspect didn’t contact him to offer compensation. He says the charges are still too light and the mother is worried that they won’t get justice. The father added that he wants his daughter’s case to lead to stricter enforcement of traffic laws to prevent similar accidents in the future.

Phraya Thai Police Colonel Borwonpop Sunthornrekha also gave an interview with Thai media. He shared that information, witnesses, and evidence will be collected and submitted to prosecutors by February 11.

AdvocatusDiaboli
35 minutes ago, King Cotton said: When will the editorial staff get a grip on the quality of the stuff they put out? A Sweepstake could be set up, but being Thailand no gambling allowed. But their headline is correct…

King Cotton
19 minutes ago, AdvocatusDiaboli said: 58 minutes ago, King Cotton said: When will the editorial staff get a grip on the quality of the stuff they put out? A Sweepstake could be set up, but being Thailand no gambling allowed.…