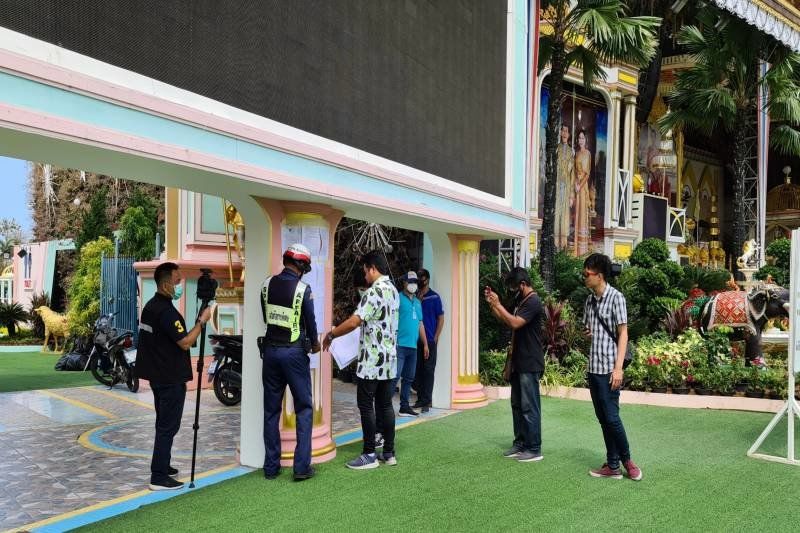 Pattaya’s mayor Sontaya Khunpluem yesterday ordered his staff to post notices at Ban Sukhawadee, or “Sukhawadee House” as it’s known in English, a luxury beachfront property and tourist attraction on a total of 80 rai in the Bang Lamung district, that encompasses Pattaya.

The company that runs the resort, HealthFood International, has two weeks to comply with a judgment relating to encroachment on 11 rai of public land. If the company doesn’t comply within 15 days, the authorities will tear down the property themselves.

“Comply or I’ll tear it down myself” says the Pattaya mayor.

The legal wrangling over the site has been going on for years.

Pattaya’s ‘strongman’ mayor is part of an infamous political family whose late patriarch Somchai Khunpluem, better known as “Kamnan Poh,” has been described as “one of the most politically, economically and criminally influential men in Thailand’s east.” (“Kanman” means village headman in Thai)

Kamnan Poh rose from humble origins to become an entrepreneurial and political force in Chon Buri province. He supported businesses that enabled the area to flourish, and vocally endorsed politicians vying for seats in the region. He even once took up the post of mayor of Saen Suk district.

He was also known as an organised crime boss. In 2003 he was sentenced to 25 years in prison for hiring a gunman to murder a neighbouring village headman. 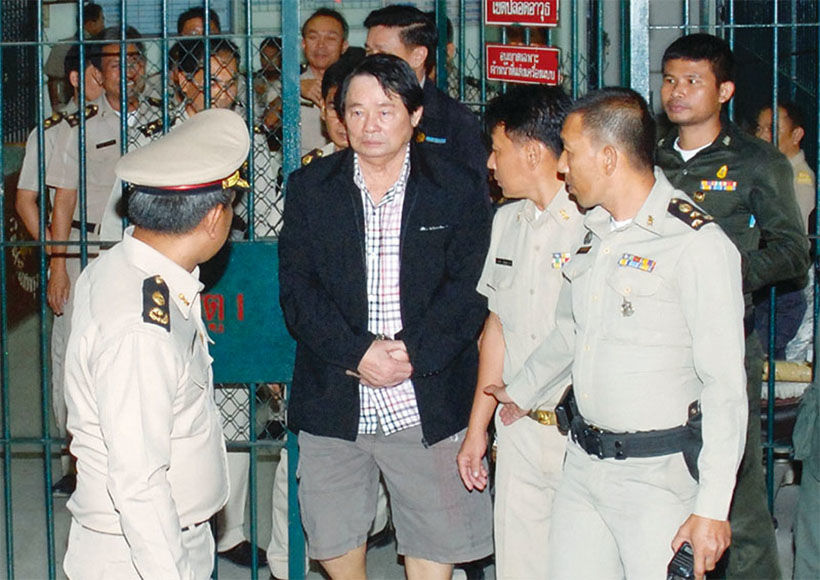 PHOTO: Kamnan Poh arrives at the Ratchadapisek Criminal Court on January 30, 2013, after his capture by police on the same day – Khaosod English

He was also sentenced to five years and four months in prison for corruption over the purchase in 1992 of a protected 22.4 hectare area in Khao Mai Kaeo tambon with intentions to convert it into landfill.

The local “godfather” evaded capture for some time after an appeals court upheld the murder verdict in 2006, until he was caught by police in Bangkok on January 30, 2013 at a motorway toll gate. He began to serve his combined sentence of 28 years and four months, which was later reduced to 11 years and six months.

He died of cancer in June of last year.