Officers seized 8 vehicles in total. The pair have been charged with multiple counts of theft by night.

Authorities say many motorbikes have been stolen in the Nongprue and other nearby areas during the last month. Several victims of the thieves thanked police for recovering their vehicles.

The suspects reportedly confessed that they stole motorbikes and sold them on a LINE group. The motorbikes would then be sent to Wangnoi in Phra Nakhon Si Ayutthaya before being transferred to buyers in neighbouring countries.

Police also report that the suspects were previously arrested for drug charges. 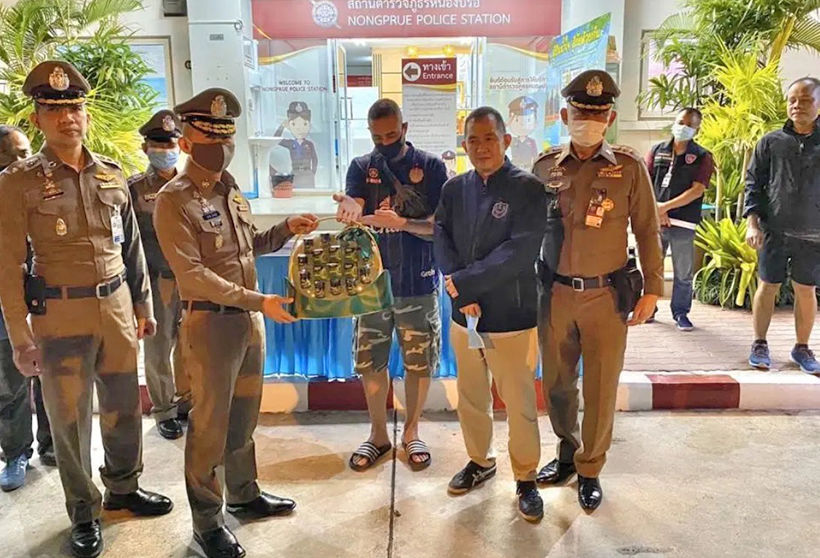