A policeman, working in the east of Buriram province in Thailand’s north east, has been charged with attempted murder of his neighbour. The victim was shot in a dispute over the man’s son and the playing of loud music in the Krasang district. 53 year old local policeman, Snr Sgt Maj Chaiyong Jaemrungroj, surrendered to the station’s senior officer yesterday.

He has already confessed to firing shots at 51 year old Rom Raroengying yesterday morning. Mr. Rom was shot in his leg and on the left side of his ribs. He was rushed to the Buriram Hospital. The police officer lived over the road from Mr. Rom.

He told his senior officer that he was upset because the man’s son ‘Itthiphol’ was playing loud music on a sound system at their house. The victim’s 63 year old mother-in-law says she saw the policemen walk towards the house and fire two shots into the front door.

She says the young man ran away from house in panic. The victim, who had just returned to the house, apparently called out to the policeman to stop firing his gun. She called out for help, and called the local police station. The victims’ teenage daughter videoed the incident on her smartphone whilst calling out for help.

Neighbours claim the victim’s son often argued over the loud music and complained to the teenager’s father.

It is understood Mr. Rom is in a satisfactory condition at the Buriram Hospital. 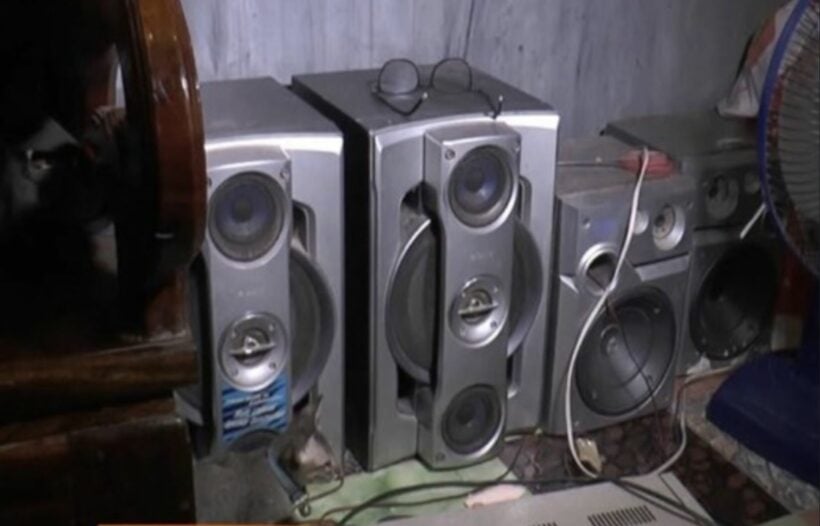