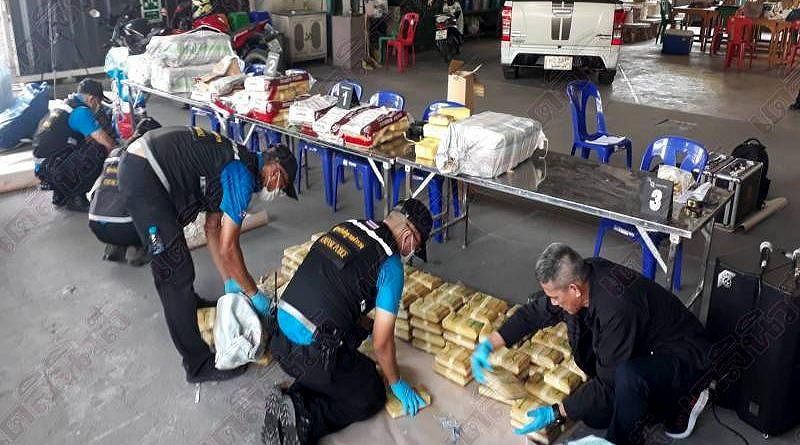 A mother and son, suspected to be part of a larger central Thailand drug gang, have been arrested after 5 million methamphetamine pills were discovered inside a rented rooms in Prainracha, Ayutthaya, north of Bangkok.

Officials searched the property on March 6, noting that there were two bedrooms in bad repair with sacks of pills strewn around the rooms. Sacks of pills were also found piled up in the bathrooms. Officials seized a phone and a white Honda Jazz car. In total, 5,474,600 meth pills were discovered.

On 5 March, officials arrested 27 year old Lerdmongkol Bundee with quantities of crystal methamphetamine (ice) as evidence. Investigation revealed that Lerdmongkol had been trafficking and selling drugs since 2019. The suspect confessed that there were meth pills hidden inside a rented room where his mother stores the drugs for him.

51 years old Somwang had been renting the rooms in the apartment for a long time. Somwang, the enterprising mother, originally worked as a maid before starting selling lottery tickets then acting as a money lender in the area. Locals told police that Somwang was never boasting about her new wealth and had no idea about her activities.

In 2019 police arrested 5 suspects belonging to an alleged drug gang operating in Ayutthaya. The gang were selling methamphetamine pills and crystal meth throughout the province. As a result of the arrests, the suspects told police of a man named ‘Lerdmongkol’ who was involved in smuggling and storing the drugs.