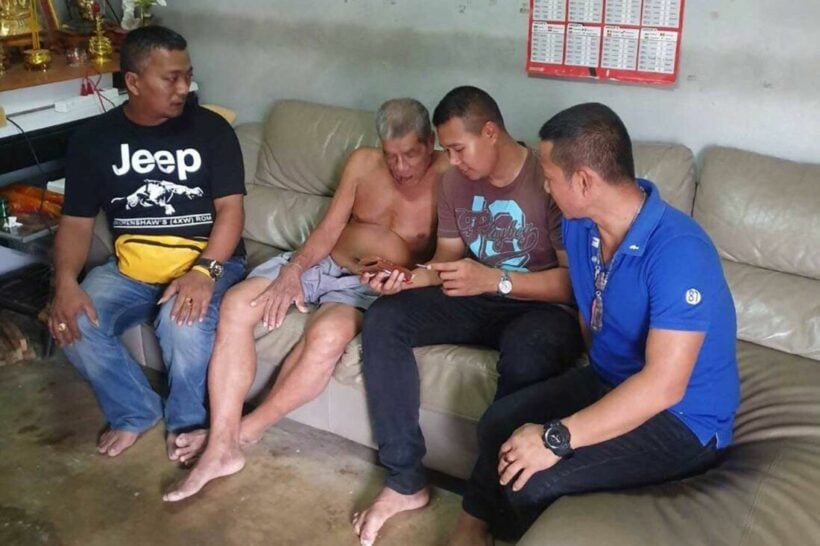 A man, wanted over the indecent assault of a five year old girl in Yala 14 years ago, has been arrested in Phang Nga.

62 year old Honchao Sae Oun was arrested at a house in Thai Muang district yesterday by the Crime Suppression Division.

Officials say that Mr Honchao was living in Yala in 2004 when he allegedly lured a five year old girl into his home where he is reported to have molested her. The girl’s parents filed a complaint after their daughter explained what had happened.

A warrant for the suspect was issued but the man fled the area. CSD officials eventually re-opened the case and discovered that the suspect had moved north to Phang Nga.

According to police, Mr Honchao has admitted to the charges and is now being taken back to Yala province to face the charges.