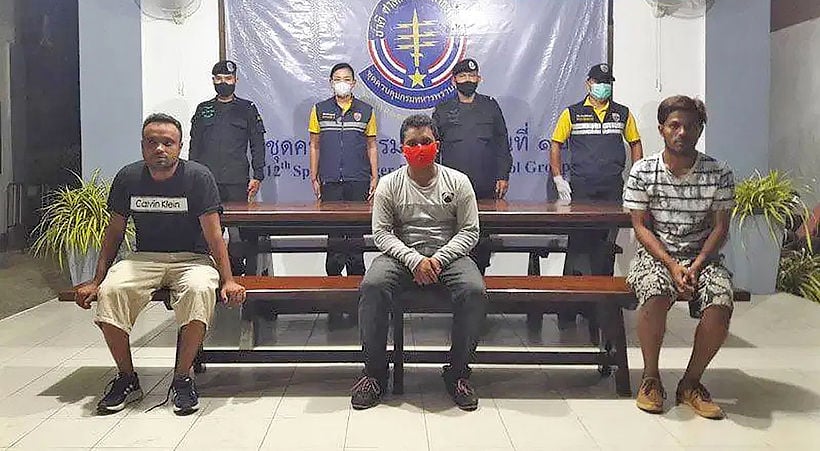 6 Burmese have been nabbed in the central city district of the western Prachuap Kiri Khan province. They allegedly paid a Thai broker 6,500 baht each to help them enter Thailand. A combined team of border police, soldiers and immigration officers was dispatched to a border area in tambon Ao Noi following a tip that illegal migrants would be smuggled into the country. Officers received the information and reported to their superiors.

Officers arrested the 6 men with bags crossing the border on foot. They signalled them to stop for a search and the men tried to flee, but were later caught. During questioning, the men told authorities that they’d paid 6,500 per head baht in brokerage fees to a Thai man, who promised to send a vehicle to pick them up and take them to a Thai employer.

In a related story, 3 Bangladeshi nationals were  also arrested for illegally crossing the border from Cambodia in the Sa Kaeo province near the Cambodian border. Sa Kaeo has long been a hotspot for illegal immigration, and patrols there have been stepped up for fear of infected migrants sparking a second wave of Covid-19 infections.

The incident took place in the Klong Luek area as the 3 men were caught wading across a canal into Thailand from the Cambodian side near Poipet. Border Control officers made the arrests.

The 3 were named as 40 year old Soel Parvez, 27 year old “MD” and 33 year old Abdul Karim Alzad,All are Bangladeshi citizens and had their passports with them. 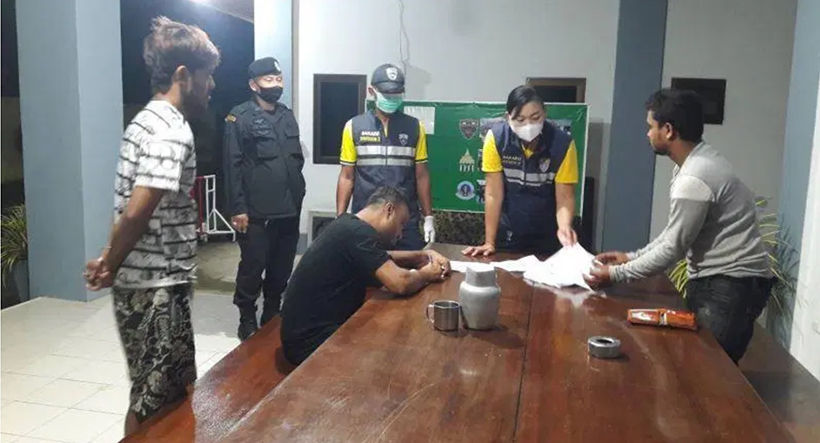 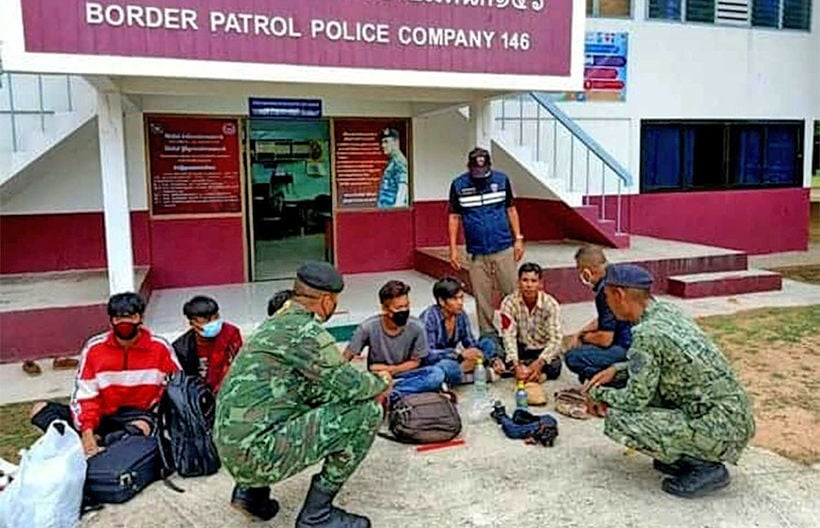