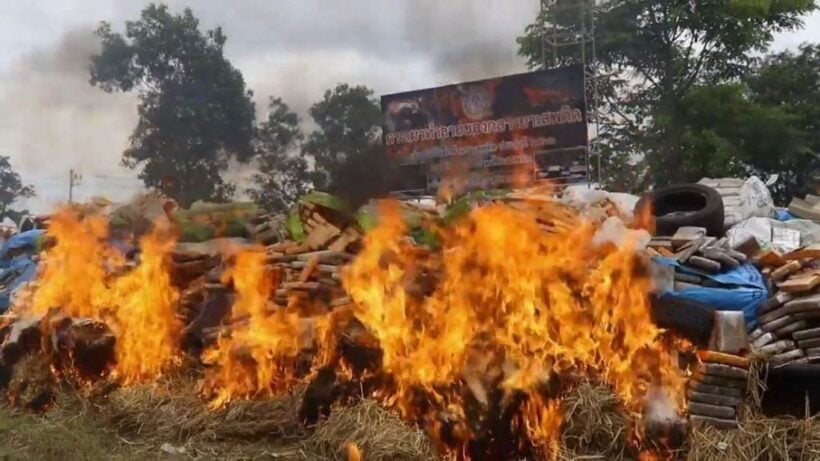 8.4 tonnes of marijuana and 67.3 tonnes of kratom leaves have been destroyed by Nakhon Phanom provincial administration officials in a ceremony to mark the International Day Against Drug Abuse and Illicit Trafficking. The ceremony was held in an open field in front of the Muang district office.

As part of the ceremony, officials also launched local campaigns against drug abuse.

Officials say the burned drug were seized by various agencies in the province during the past 12 months.

They reeled off some local statistics about the drugs seized in the province as part of the ceremony. Nakhon Phanom is in Thailand’s far north-east on the Laos border.

From October 1, 2018, to May 31, authorities in Nakhon Phanom seized 7 million methamphetamine pills, 6 tonnes of marijuana, 29 marijuana plants, 19.3 kilograms of crystal methamphetamine, 67 kilogram of kratom leaves and 58 cans of glue used for inhaling.