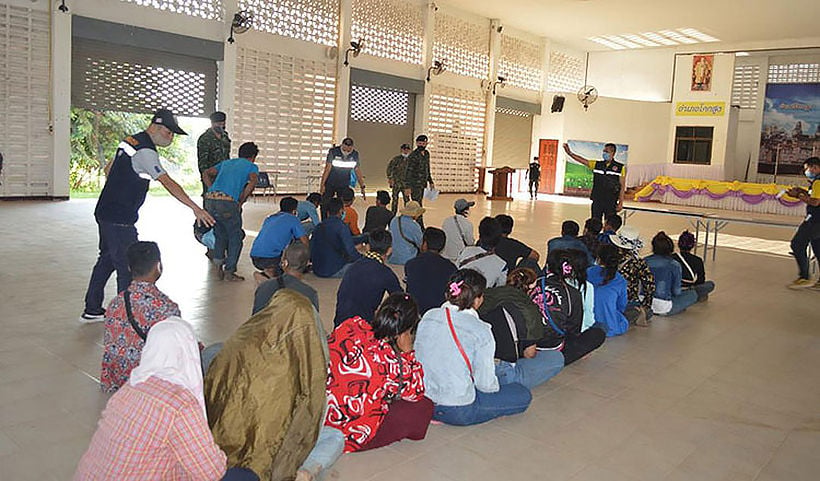 The re-entry of illegal migrants back into Thailand has now become a key immigration issue.

The assistant district chief of Khok Sung district says a combined team of police, local officials and defence volunteers were deployed to a village checkpoint after receiving a tip that illegal Cambodian migrants would be entering the country via that route.

The team spotted 7 pickup trucks, 4 of which managed to speed off from the checkpoint. Officers managed to intercept the other 3.

31 Cambodians were found in the beds of the trucks. None of them had entry documents. They told officers that they had crossed into Thailand at a border village in Khok Sung district and then got into the pickup trucks.

They were handed over to police for legal action.