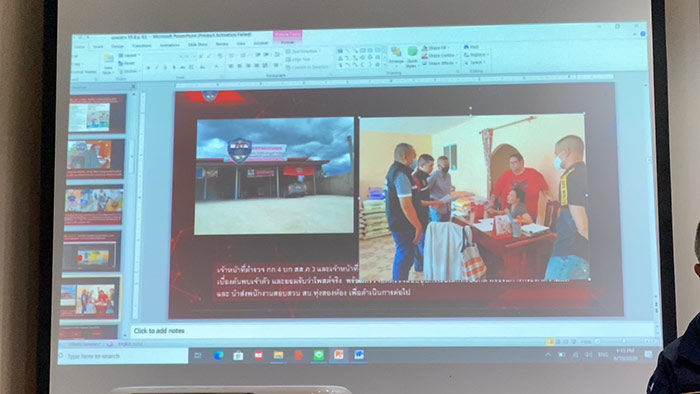 The suspect was arrested in his home in Pathum Thani province, just north of Bangkok. Officials raided Seksarn’s home and found marijuana plants and dried blocks hidden in the house. Police say the suspect admitted to posting fake information that Cannabidiol, an extract from the cannabis plant, can protect against Covid-19. Seksarn allegedly admitted to police that he knew the claim wasn’t true but chose to share the information with his followers anyway so he could sell his CBD oil.

Another man ‘Simet’ was also arrested inside Seksarn’s house as the plants allegedly belonged to him.

Police alleged that these 8 suspects had been paid to post fake news “intended to stir up the heat”.

But, in a Thai Resident’s story, Police Maj Gen Pantana Nuchnarot reported that there have been fewer people posting fake news in the country.

“There are currently 100 news topics that are under watch from officials with at least 50 Facebook Pages sharing fake news to the public. These pages are both old and new.”

“The fake news is intended to create confusion amongst the people including fake news on politics, economics, society, health, and other topics.”

“Investigation shows that there are groups of people who are being paid to create and share fake news onto the online world, police are collecting evidence that will lead to prosecution against these people.”