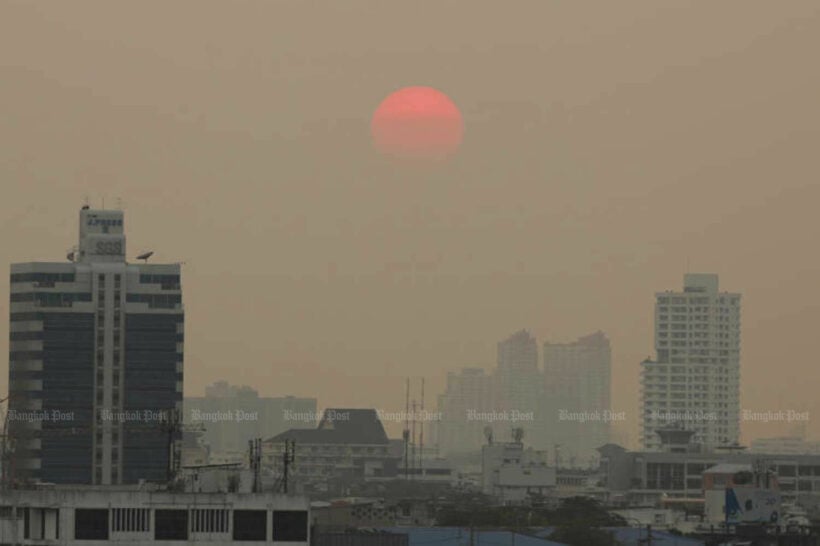 “Bangkok’s governor has also signed an order yesterday to close 437 schools in in the city today due to a forecast of higher pollution levels.”

The government is considering a ban on private car use in areas affected by hazardous levels of air pollution. The harsh proposal was unveiled Tuesday by PM Prayut Chan-o-cha after a cabinet meeting in Narathiwat. The PM said only public transport services would be allowed to use the roads during a ban.

“Is that what we want? Do we really have to go that far?”

The severe measure would be employed on a case by case basis to avoid unnecessarily negative impact.

The PM says the government is ready to step in with such measures when ultra-fine PM2.5 dust particles in the air exceed 100 micrograms per cubic metre, twice the national so-called safe limit of ’50’. (PM2.5 is particulate matter 2.5 micrometres or less in diameter suspended in the air)

“If the dust levels rise to more than 100 micrograms, the government will take over all the work and everyone will be affected.”

The PM was responding to questions about calls for tougher measures to deal with sources of the problem and accusations that his government hasn’t done enough. According to the Prime Minister, vehicle exhausts are the primary source of PM2.5, followed by biomass burning and industrial emissions. The specific burins of sugarcane plantations, known to be the largest single cause of the smoke problems, wasn’t addressed.

In areas where the PM2.5 levels rise to between 75 and 100 micrograms per cubic metre, the provincial governor will implement more stringent measures like prohibiting heavy trucks from entering certain areas of the province at certain times.

And if PM2.5 levels go above 100 micrograms the government will step in and may implement even more stringent rules, “which would affect everyone,” according to the PM.

How these measures would play out in reality, and how motorists would be warned of the restrictions wasn’t explained.

Natural Resources and Environment Minister Varawut Silpa-archa, meanwhile, hinted that if measures against lorries prove inadequate, private cars could be targeted next.

“It has been found that 72% of the PM2.5 dust particles come from traffic emissions.”

The source of the Minister’s claim wasn’t announced at the time he made the statement.

Among the short-term measures to be implemented next in Bangkok is a ban on heavy trucks from entering certain parts of the city on alternate days, possibly in February only.

Bangkok’s governor has also signed an order yesterday to close 437 schools in in the city today due to a forecast of higher pollution levels. 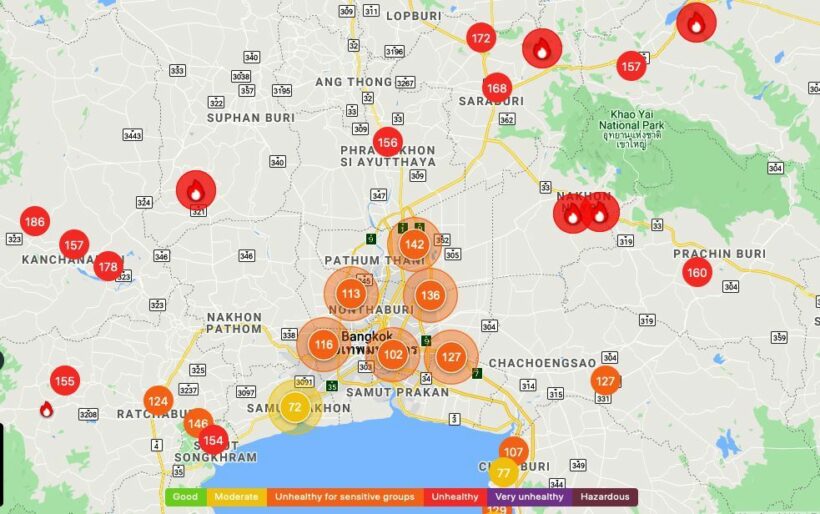 GRAPHIC: Air quality has improved around parts of the capital today whilst the fires to the north east and north west are clearly displayed – Air Quality