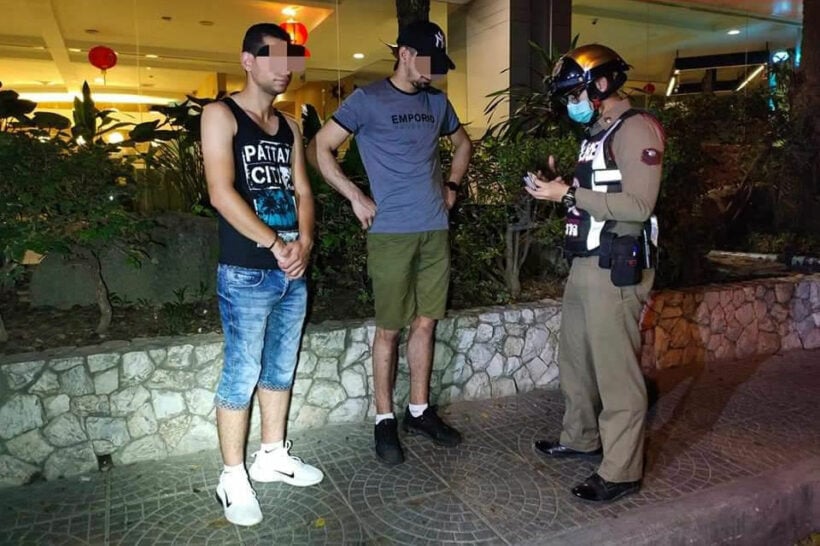 PHOTO: Police take details from the two Israeli tourists who claim they were pickpocketed by two ladyboys- Pattaya Message

Two Israeli men told Pattaya police that they were robbed by a pair of ladyboys, relieving them of around 2500 baht each. The incident was reported to police on Monday morning. At around 2am the tourists, both 21 year old Israelis, identified as Ahmad Mohammad and 33 year old Mojahad Samir called police to report a pickpocketing theft on Soi 2 in Central Pattaya .

The two told officers that they were walking back to their hotel when they were intercepted by two transgender people who approached them in a “flirtatious manner.”

The suspects began to hug and caress the men, offering to accompany them to their rooms. The victims told police they said they were “not interested” and walked away, only to discover they’d been relieved of 2800 baht and 2500 baht.

Police told the press they will review CCTV footage from the area and track down the suspects.