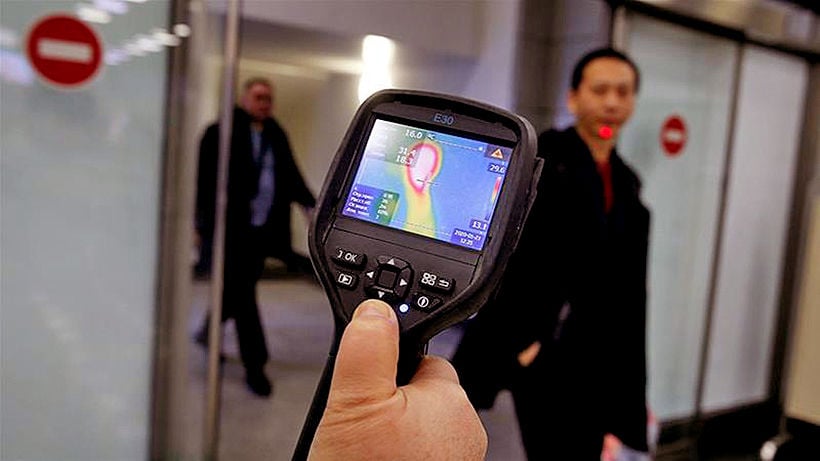 PHOTO: Screenings are now in place at 5 US airports checking flights from China - Al Jazeera

Medical authorities around the globe are scrambling to prevent the spread of a deadly outbreak of a new Coronavirus. It started in Wuhan, central China, and is now spreading beyond Wuhan’s and China’s borders. There has now been cases detected in Taiwan, Japan, Thailand, South Korea and, today the US where a case was confirmed in Washington State.

Centres of Disease Control officials say, in the wake of detecting the first US-based case of the Coronavirus, that they will now be more strict about health screenings of airplane passengers arriving from Wuhan, specifically, and China, generally. Passengers arriving from Wuhan to the US, flying directly or indirectly, will only be allowed to land at one of five US airports doing health screenings. The current screenings include a temperature check and observation for symptoms such as a cough and trouble breathing and are conducted as patients walk off the plane.

The first US patient, who hasn’t being named, is currently in isolation at Providence Regional Medical Center in Everett, Washington State. Authorities have confirmed that the man is in his 30s and lives just north of Seattle.

Fatalities have now doubled in the last week to at least six with hundreds more people infected, airports around the world, including in Australia, US and SE Asia were checking passengers on flights from Wuhan, where the nascent virus emerged from a popular city seafood and poultry market. North Korea, in its own reaction, temporarily closed borders to tours from China.

The World Health Organisation is calling a meeting to decide whether to declare the outbreak an international health emergency as more evidence surfaces indicating that the virus can spread from person to person. In one case, a patient appears to have infected 14 medical workers.

The impact of the first case in the US has been profound as the threat of possible viral spread in the US hit investor sentiment. 45 minutes before the closing bell, the Dow Jones Industrial Average had fallen nearly half a percent to 29,220.37. Domestic fears surrounding the Chinese coronavirus initially spooked futures, but the stock market rebounded until the CDC revealed that the first US coronavirus case had been identified.