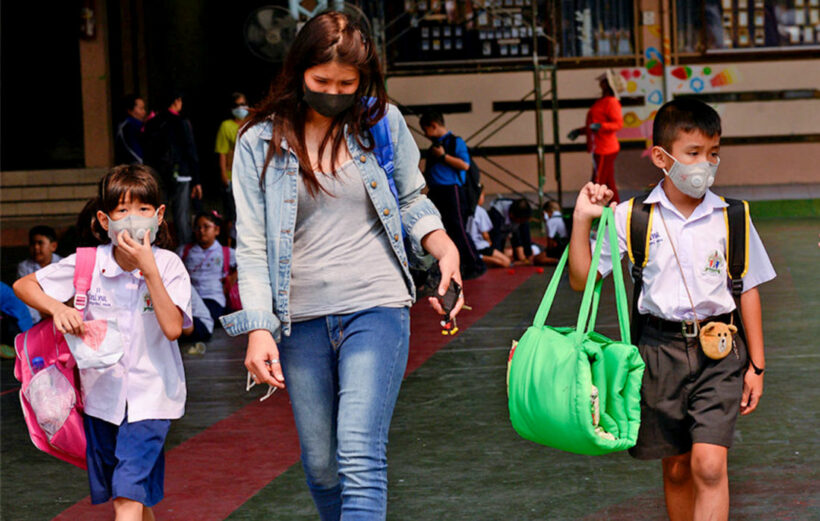 A medical report has pointed to serious health threats from air pollution in Thailand’s smog-prone areas, and the country’s far north north and deep south have been found to be hotspots for asthma and other major respiratory diseases.

The result of the study relates to reports about air pollution and asthma by the World Health Organisation and UN Environment on the occasion of World Asthma Day yesterday, which emphasised that air pollution was the major factor behind the severe asthma situation around the world.

The report, first published in the International Journal for Equity in Health in December 2016, reveals that there was a noticeable clustering of high mortality from respiratory disease in almost every province in the northern region. 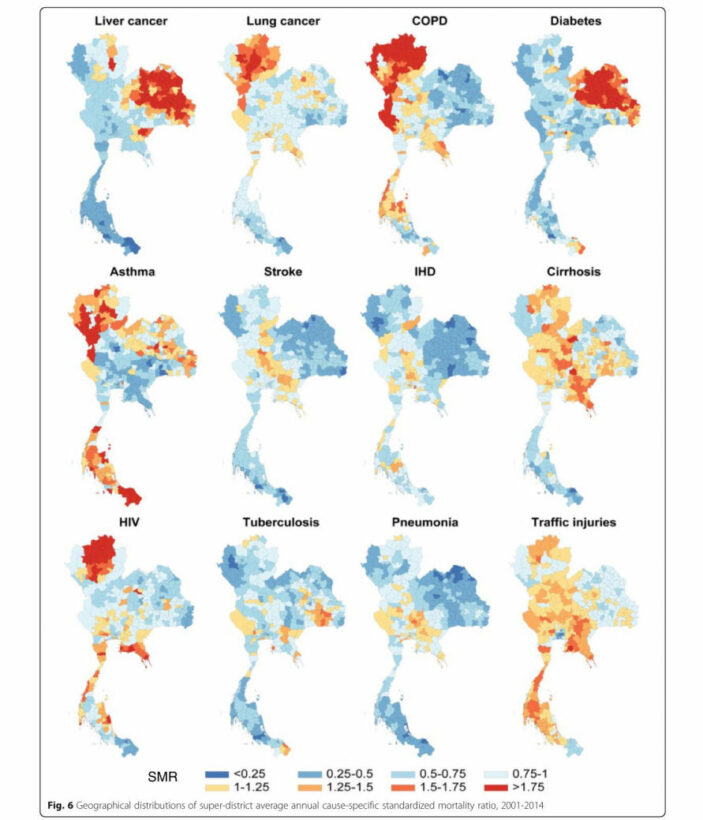 The report also found a considerably high death rate from asthma in the southern region, as five provinces in the deep South – Satun, Songkhla, Pattani, Yala and Narathiwat – were depicted in red on the geographical annual cause-specific standardised mortality ratio map.

The northern region and the deep South were two prominent regions affected the most by seasonal smog. The smog in the South, primarily caused by wildfires and deforestation in Indonesia, has largely been resolved in recent years. The North, however, was still continuously suffering from dense smog of very fine PM2.5 particulate matter every dry season.