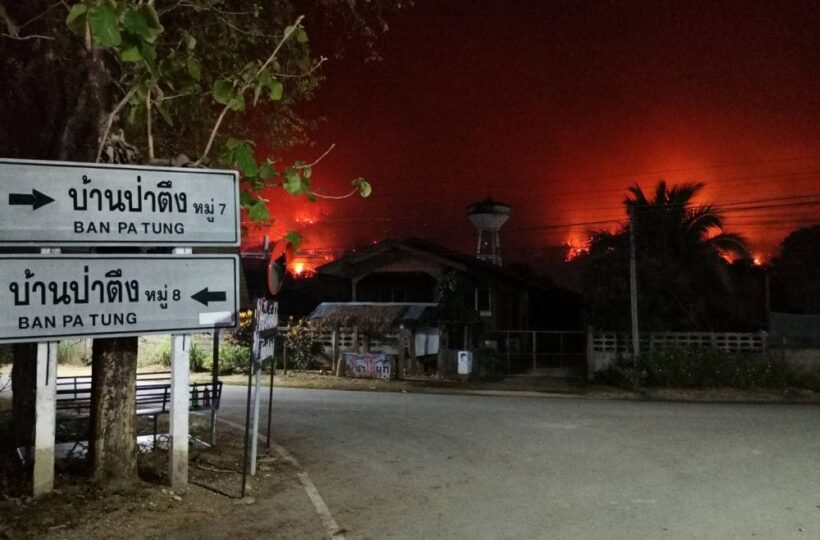 The fire started on Sunday night in the Doi Jorakhe area of Tambon Tha Sud in Muang before spreading to Tambon Pa Teung in Mae Chan, a densely populated area and home to Mae Chan Hospital and temples.

As of this morning the fire had already devastated 1,000 rai of forestland and nearby plantations.

Mae Chan disrict chief Wandee Ratchomphu led the efforts by 800 state officials and volunteers to put out the fire and prevent it from reaching communities or more forestland in Mae Fah Luang district. A special coordination centre was set up at Wat Pateung to dispatch firefighters to the affected areas by first light, attempts to put out the flames in the heavily wooded mountainous area during the night considered dangerous.

Third Army Region deputy commander Major Buncha Duriyapan was also on the scene to help supervise soldiers joining the fire-fighting efforts. The Army brought in a helicopter to provide support to the Protected Area Regional Office 15’s chopper being used to carry water from the three-metre-deep Tham Sua reservior to douse the flames in hard-to-reach spots.

Buncha also ordered related agencies, especially the police and army, to investigate and identify the person(s) who started this massive fire, saying this was “a strange and unprecedented situation when wildfires erupted all over the province’s mountainous areas simultaneously”.

He said he was convinced that this was a case of arson and not a freak natural incident like a lightening strike. 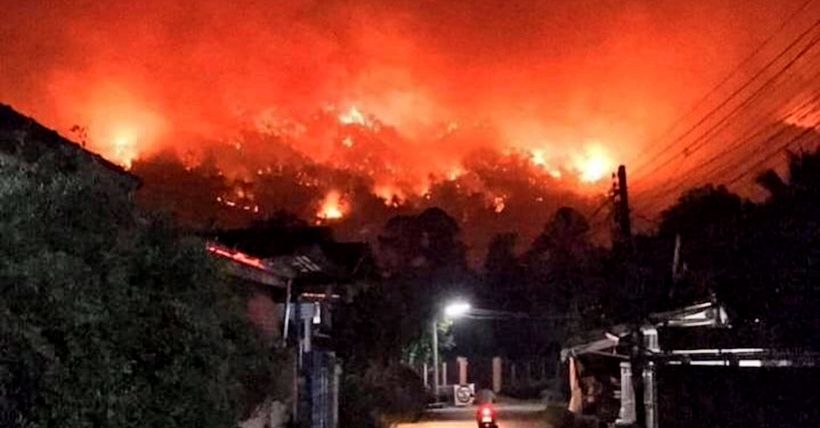 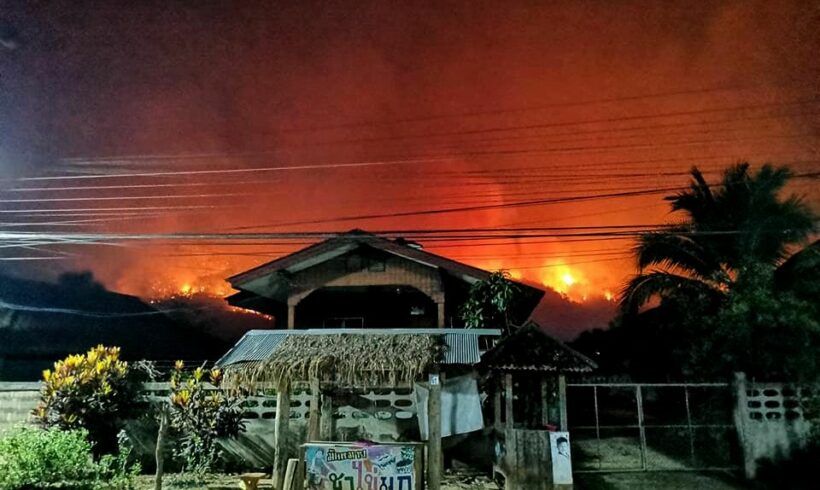 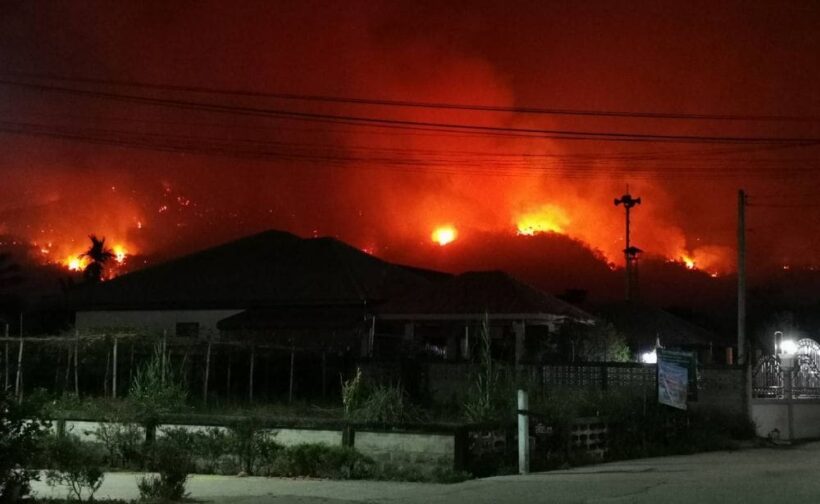