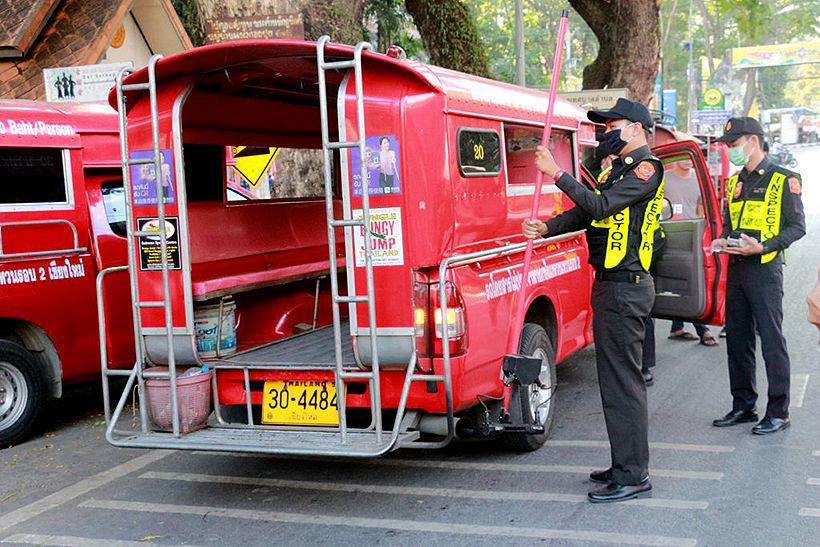 Officials in Chiang Mai will begin carrying out random checks on public transport vehicle exhausts in a bid to reduce black smoke emissions and help to address the city’s PM2.5 particulate levels.

It’s understood the measure is being put in place following complaints from the public about pollution from some vehicles, in particular those transporting passengers up Doi Suthep-Pui, Chiang Mai’s renowned national park.

To prevent traffic problems, big buses are not permitted to make the journey up Doi Suthep, with smaller trucks modified to carry passengers instead.

But the Chiang Rai Times reports that complaints about the black smoke being spewed out by some of these vehicles is causing concern among officials as high season begins and brings an increase in visitor numbers. As a result, these trucks will now undergo random checks, both on exhaust emissions and to check brake safety.

Although such inspections usually take place twice a year, authorities agree on the need for more frequent checks in an effort to reduce the city’s pollution levels and improve air quality for both residents and visitors.

The move comes after Bangkok’s air quality deteriorated recently, at one point making it the 12th worst city in the world for air pollution. See story HERE.