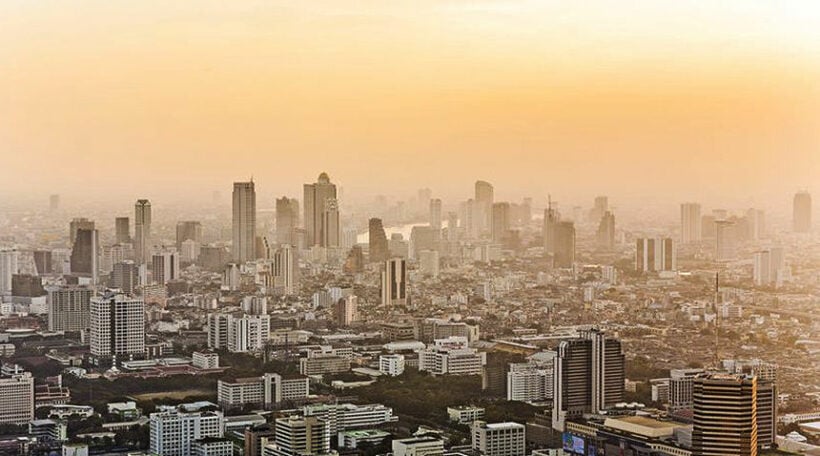 Bangkok ended up recording the world’s third worst air quality on Air Visual, the air quality monitoring app, yesterday. Not a chart you want to be on top of. Meanwhile, the Bangkok Metropolitan Authority remains on high alert for a predicted rise in PM2.5 levels for the rest of the week. High temperatures and light winds are compounding the problem (forecast below).

The industrial areas of Bangkok are also heavily polluted as well as the air quality at the seaside resort of Pattaya, southeast of Bangkok. Today’s Air Quality map here… 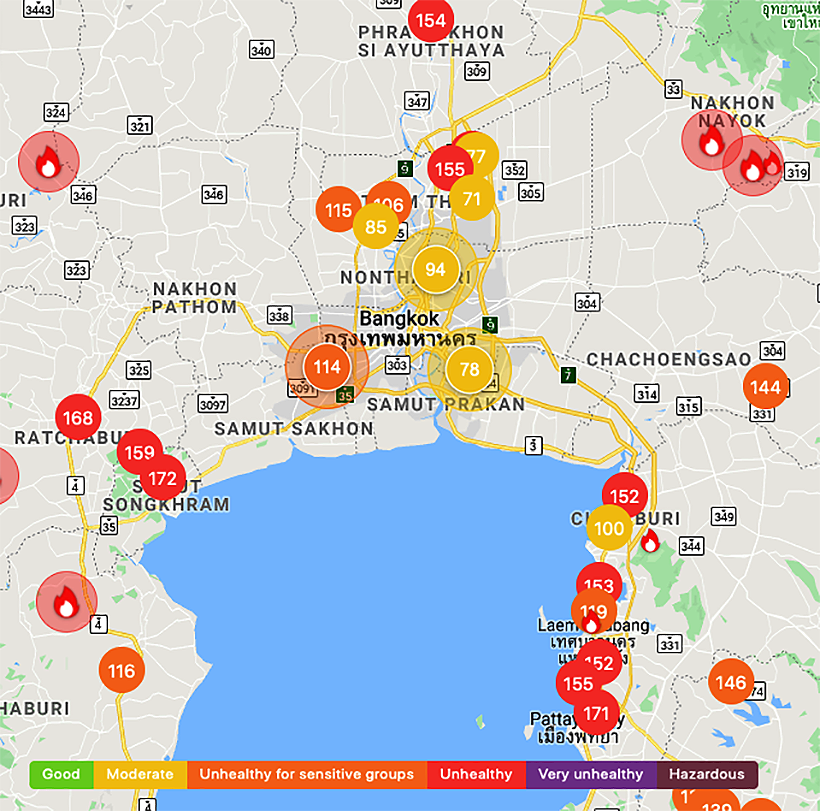 Fine dust pollution exceeded the safe threshold in 45 of the 48 areas of greater Bangkok this morning with the worst in Bangkok’s Bung Kum district, according to the Pollution Control Department.

Meanwhile the Bangkok Metropolitan Administration is putting its health officials on high alert following a rise of the hazardous ultra-fine dust, aka. PM2.5, in 38 of 50 areas in the capital, suburbs and adjacent provinces.

According to the Pollution Control Department the levels of fine particulate matter in the 38 areas ranged from 40 to 71µg/m³. The World Health Authority sets ’50’ as its upper safety limit for 2.5 micron air pollution levels.

The director of the BMA’s Health Department, Chawin Sirinak, says the Communicable Diseases Control Division is closely monitoring guidelines drawn up to help authorities effectively respond to air pollution around the city.

He says officials at mobile units led by 68 health offices have been instructed to step up awareness campaigns among city residents, with a focus on the most vulnerable groups – the elderly, children, pregnant women and people with heart and respiratory complaints.

The Thai Interior Minister, Anupong Paojinda, is ordering police to strictly monitor emissions from vehicles and factories and enforce the ban on open-air burning to help relieve the situation.