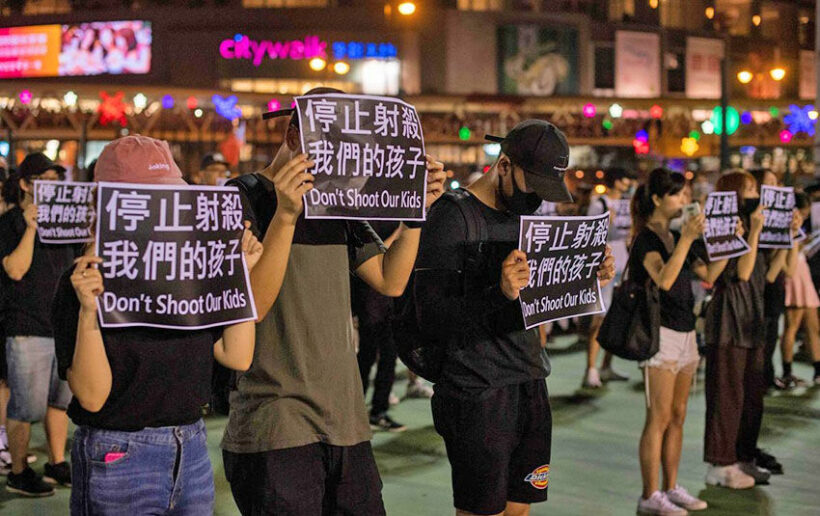 Pro-democracy activists in Hong Kong have been clashing with police since the shooting at close range of an 18 year old protester earlier this week.

Activists have gone on the rampage, setting fires and throwing petrol bombs, while police responded with tear gas, as four months of protests show no signs of dying down.

The police themselves are now a prime target, accused of using heavy-handed tactics – an accusation the recent shooting has only reinforced.

The 18 year old shot at point-blank range by police is a secondary school student who was fighting off a police officer with a metal pipe. The officer who shot him claims he feared for his life.

The student was rushed to hospital in critical condition, although it’s understood he is now stable and has in fact been charged with assault and rioting.

The shooting sparked more violent clashes across the city, resulting in several MTR stations being closed, although it’s understood all were re-opened later on Thursday.

Pro-democracy activists are determined, and show no signs of giving in, as interior designer Alex Chan pointed out during riots that ran into the early hours of yesterday.

“Wherever there are protests nearby I’ll come. I’m out tonight for a simple reason. You don’t shoot a teenager at point blank range. These protests will continue, and we won’t give up.”

The chairman of the Junior Police Officers Association, Lam Chi-wai, is now urging the government to impose a curfew in an effort to control matters.

“We are only an enforcement agency with limited power under the law. When facing such a series of massive rioting incidents, we cannot work alone – clapping only with one hand – without appropriate measures and support from top level.”

It’s understood that negative sentiment towards the police is now growing amid the general public, following what’s seen as use of excessive force, but the police argue that they are holding back while facing increasing levels of violence.

What started as a protest against a proposed extradition bill has now escalated into huge opposition to increased interference from Beijing.

Hong Kong is now in the midst of the biggest political crisis since the British handed it over to China in 1997.