A species of deer, classified as “vulnerable” since 2008, has been rescued after being seen struggling six kilometres off shore in Nakhon Si Thammarat.

The Nation reports that rescuers went out on jet skis in order to save the deer, which ran off into the woods once it had safely reached dry land. 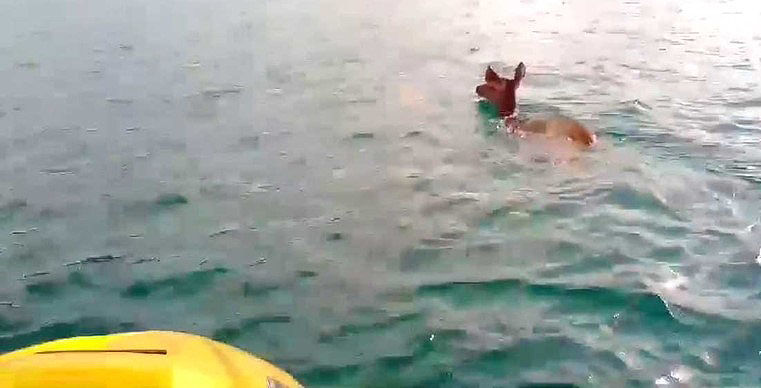 Rescuer Sittiphong Chumchan says the authorities must do more to protect such vulnerable species, saying more attention needs to be paid to the impact of road construction projects.

He adds that the last few months have seen several wild deer struggling in the bay, while others have died falling from mountain cliffs or being struck by vehicles on the newly constructed Phlai Chamroen road, which links the districts of Sichon and Khanom.

Sittiphong claims the road was built without a preliminary environmental-impact study being carried out, and runs past the forest preserve of Hat Khanom National Park, the deer’s natural home.