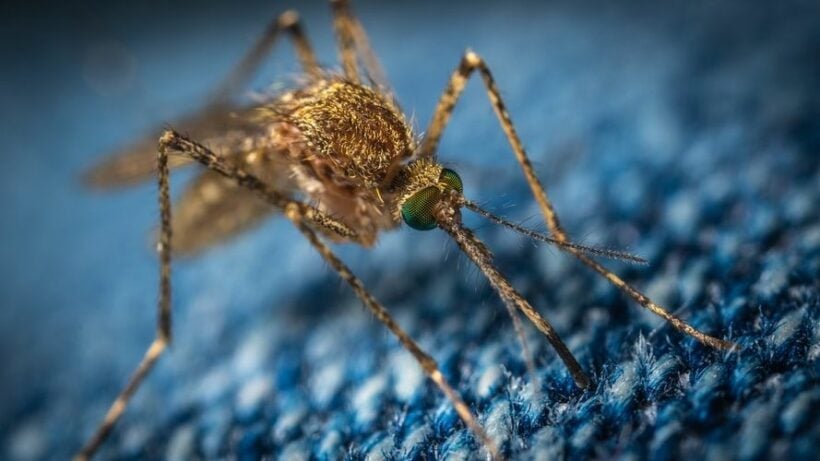 Dengue fever is spreading in Northeast Thailand with more than 6,000 cases and 4 deaths in the past 8 months. The cases were reported in the Isaan provinces Khon Kaen, Kalasin, Mahasarakham and Roi Et, according to the Office of Disease Prevention.

The mosquito spread disease is also known as “bone break fever” because common symptoms include pain in muscles, bones and joints. A fever, nausea and a rash are common symptoms. Severe dengue can be life threatening, but most people recover in about a week, according to the United States Centre of Disease Control.

From January 1 to August 29, 6,024 people were reported with dengue fever in the Kaen, Kalasin, Mahasarakham and Roi Et provinces, according to the Office of Disease Control.

Doctors are advising locals to spray their homes for mosquitos, but to do it safely, warning them to make sure food and pets are out of the room before spraying. They should also cover their noses and mouths while the chemicals are in the air. Doctors say windows and doors should be closed for about 10 to 15 minutes to make sure the spraying is effective.

In June, Thailand recorded 15,385 cases of dengue fever with 11 deaths, according to the director general of the Department of Disease Control. 5,828 of those cases were children ages 5 to14.

“The rainy season, which creates puddles of water that serve as breeding grounds for mosquitos, is the main factor that is boosting the outbreak. I would like to ask people to look out for unused containers that might become breeding grounds in households.”

High numbers of dengue were reported in the Isaan region’s Nakhon Ratchasima province a few months ago. Local volunteers ramped up initiatives to prevent the further spread of the disease. They put abate sand granules, which is typically applied in ponds and lakes, were used to kill mosquito larvae. The sand granules inhibit an enzyme that is important to the normal function of the larvae’s nervous system, killing the larvae, according to the company.