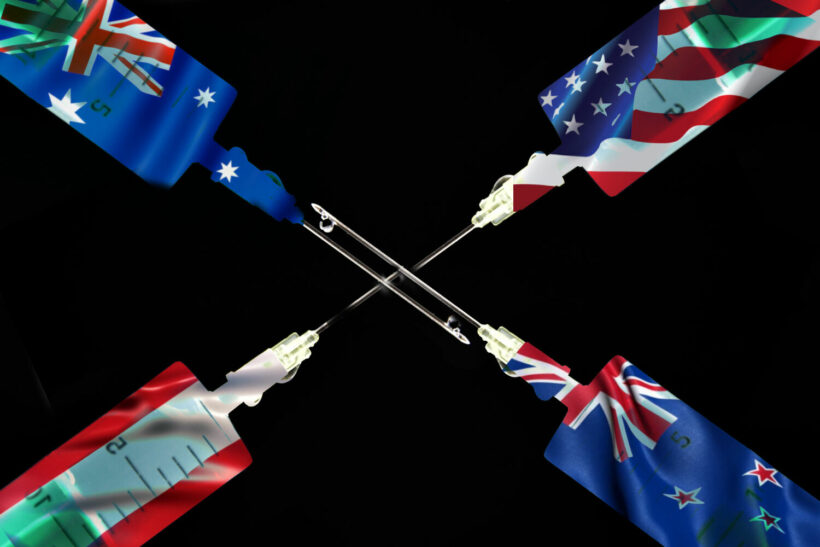 Good news! Several foreign governments including the United States, Australia, New Zealand, and Austria announced they would offer vaccines for their citizens currently in Thailand. But bad news – supplies ran out long before most people received any notification of the opportunity.

Many countries had claimed it was impossible to assist their expats in Thailand in getting vaccines, while France and China were easily able to offer vaccines to their citizens. Now a tiny supply came and went without a chance for most to get access to vaccination.

The US Embassy finally responded to angry expats who complained they pay US taxes (one of the few countries in the world that taxes citizens living abroad) but don’t even get vaccines as the US donated millions to Southeast Asia and Thailand. They posted around 8:30 am a notice that AstraZeneca vaccines would be available tomorrow at 4 pm in Bangkok, but the online registration form was closed within 2 or 3 hours.

Australia offered a similar flash sale on vaccines, posting this morning that vaccines would be available tomorrow at 1 pm for anyone who registered before 10 am, though the form remains open this afternoon. They say any application received now would be rejected.

Citizens in New Zealand got 2 extra hours to grab their spaces, though that window has closed already as well. Registration was through email, so there’s no registration page to check to see if it remains open or not. Similarly, Austria made an announcement this morning but accepted emails until 2 pm to try to receive one of the 100 vaccines allotted for Austrian citizens.

Vaccinations are set to be given tomorrow at 4 pm in the Bang Sue district of Bangkok at SCG Headquarters, which stresses that anyone without a confirmed appointment will not be given a vaccine. The vaccination opportunity seemed to materialize out of thin air with no information being shared in advance of registration and no details on how the quick window came about.

No one seems to know if this is a one-off chance for foreigners, offered and expired in just a few hours after months of expats struggling and begging for help procuring vaccines. There is nothing scheduled as of yet for future vaccinations for the people who missed this opening.

In the meantime, part of China’s 500,000 Sinovac vaccine donation was earmarked for Chinese nationals living in Thailand. And the French Ambassador said that thousands of French citizens over 55 years old had already received single-dose Johnson & Johnson vaccines.

AussieBob
14 hours ago, Stonker said: Better to have done nothing, as it just shows that they can do it if they can be bothered, but they can't be bothered. This sounds as if they were just a few doses left…
Sgtsabai
This is not the US government doing anything for it's citizens. Although the staff, workers, families at the Embassy were vaccinated with the first shot of Pfizer long ago and I would wager the 2nd by now. This was AstraZeneca,…
DrPhibes
On 7/17/2021 at 3:58 PM, CMdenizen said: The American slots were filled in less than an hour, which makes me think 100 were available. Weren't 20% of 1.5 million Pfizer jabs donated by the US supposed to go to foreigners? …
Stonker
12 hours ago, AussieBob said: My checking months ago was that the Embassy staff in all Australian Embassies were given their vaccines already, and I do believe that is the case for most countries. What has now happened is that…

AussieBob
10 hours ago, Stonker said: Yes, as far as I know all diplomatic staff were vaccinated months ago, either by their own arrangements or by Thailand. What I'm suggesting seems possible is that these were vaccines left over from families…

Gatherings prohibited due to Covid-19 before planned protests