Continuing on an upward trend in Thailand’s most severe wave of Covid-19, 4,662 new infections were reported today by the Centre for Covid-19 Situation Administration. Since the start of the pandemic last year, the CCSA has reported 254,515 confirmed Covid-19 infections. Of that number, 225,652 were reported since April 1, the start of the recent and most extreme wave of coronavirus infections in Thailand. The CCSA also recorded 36 coronavirus-related fatalities today, raising the pandemic’s death toll in Thailand to 1,970.

Thailand now has 47,481 active cases, an increase over the past few days. Of the people currently receiving medical treatment for the virus, 1,846 are in critical condition including 527 on ventilators. There have been reports of hospital bed shortages in Bangkok, the epicentre in the latest wave.

Tight restrictions have been set in Bangkok and surrounding provinces to control the spread of the virus. For the next month, dine-in services at restaurants are not allowed, shopping centres must close at 9pm and gatherings cannot exceed 20 people.

The government has approved 7.5 billion baht in relief packages, particularly for those affected by the recent restrictions like restaurant owners and workers, according to the Ministry of Foreign Affairs spokesperson Natapanu Nopakun, who gives the CCSA report in English.

Health officials have been rolling out active case finding campaigns in markets and construction sites in Bangkok, which are areas considered to be of high risk, Natapanu says. Due to the number of Covid clusters at construction sites, large scale construction projects in the capital are put on hold for the next month and worker camps are being sealed off.

Of the new cases, 1,692 were found in Bangkok. Cases remain high in provinces surrounding the capital. 647 new cases in Samut Prakan, 293 cases in Samut Sakhon, 185 in Nonthaburi, 180 in Pathum Thani, 168 in Nakhon Pathom.

Deep South provinces near the Malaysian border have reported high numbers of infections with 182 cases in Songkhla, 143 in Pattani, and 89 cases in Yala.

The Chon Buri province, which includes Pattaya, also has a high number of new cases with 146 infections reported today.

After some delays in production and delivery of Covid-19 vaccines this month, Natapanu says AstraZeneca released a statement saying it is on schedule to supply vaccines to Southeast Asian countries with 6 million doses to Thailand this month and deliveries to neighbouring countries to start next month. Siam Bioscience, which is wholly owned by a subsidiary of the Crown Property Bureau, is still on track to supply 180 million doses of the AstraZeneca vaccine to Southeast Asian countries, Natapanu says, citing the statement. 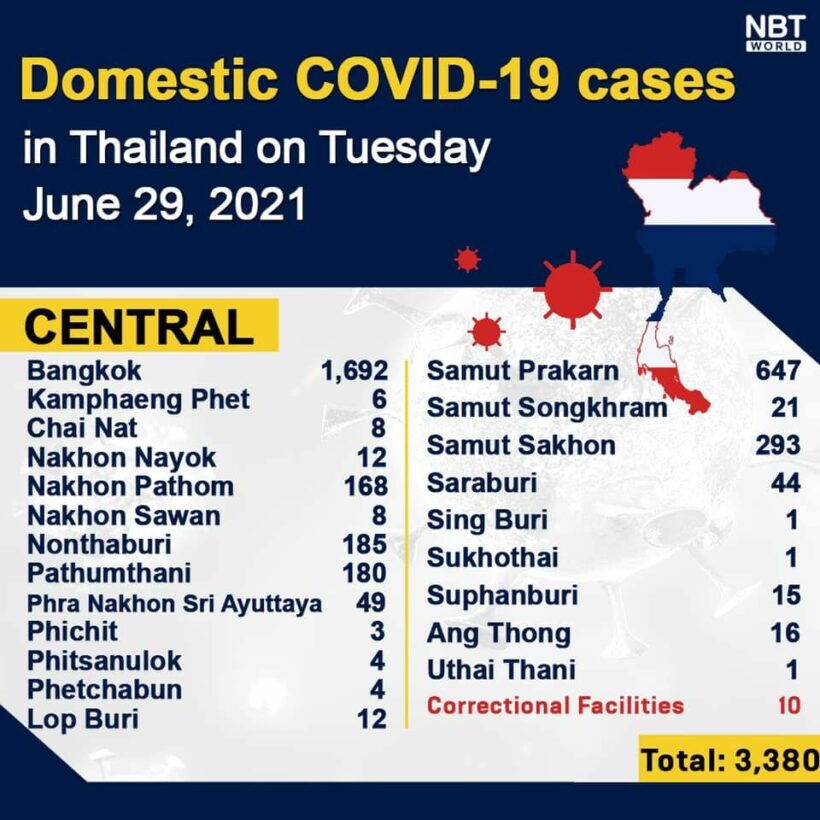 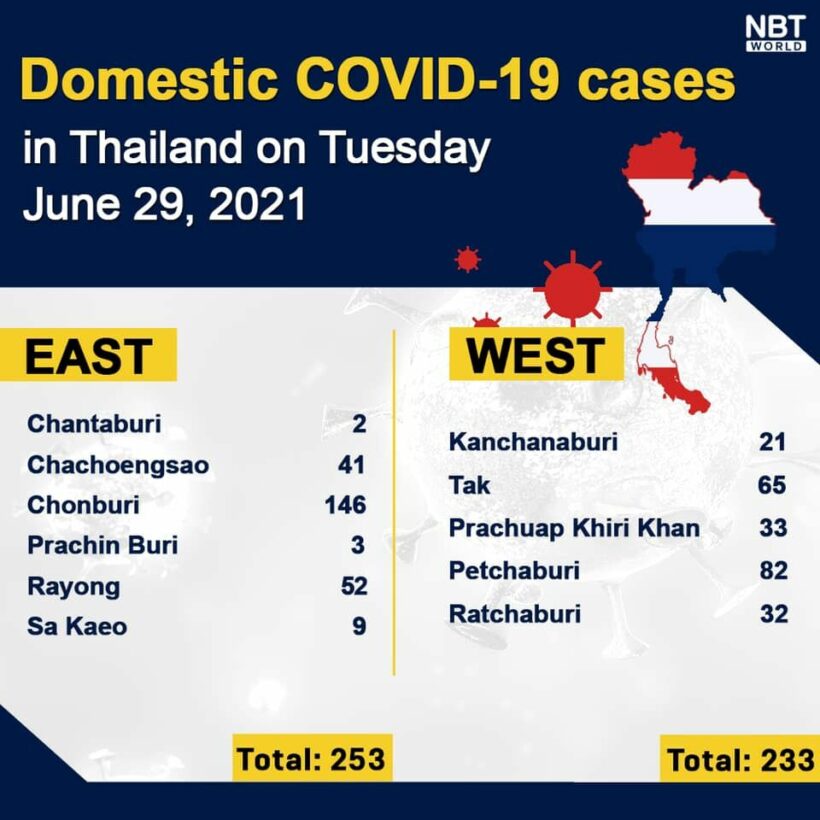 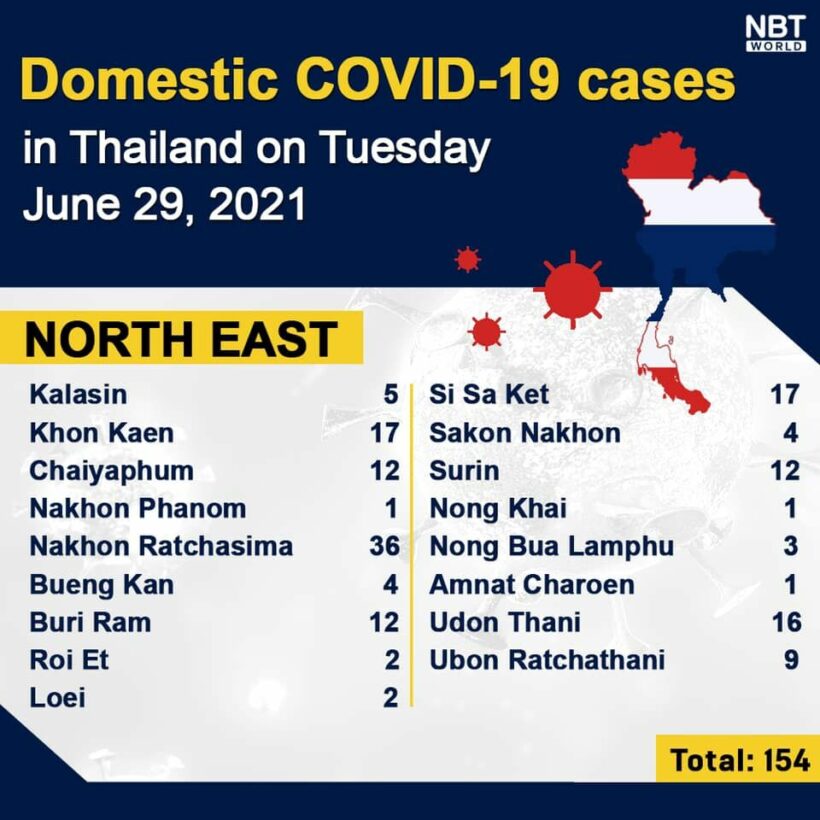 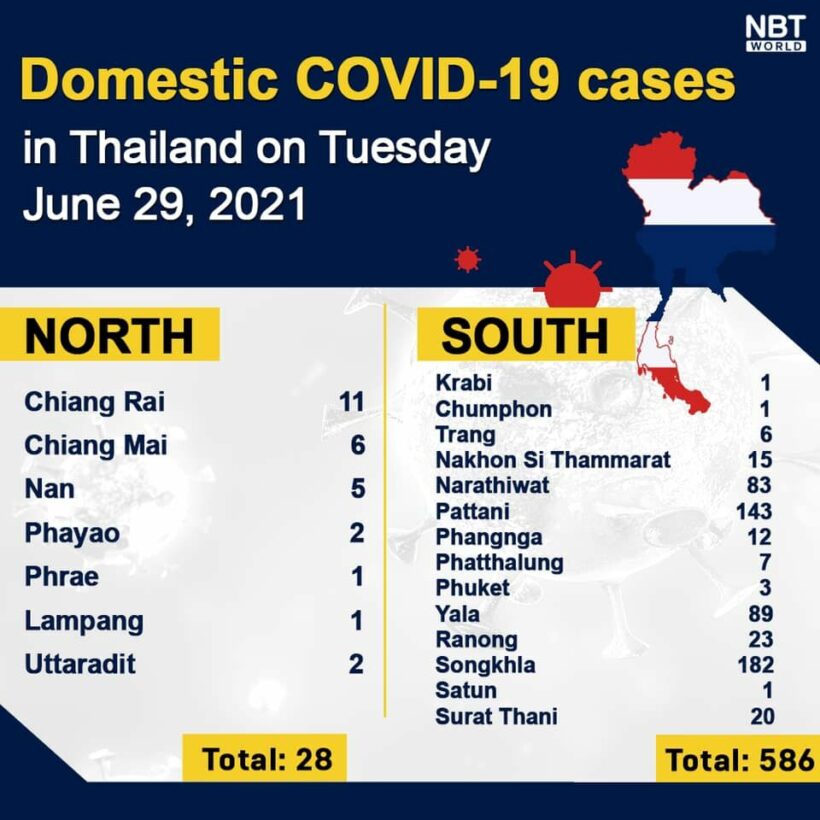 TJM
A relative of Covid-19  introduced itself to me this morning.   I received a shot of the Jenssen vaccine from Johnson&Johnson in Udon Thani at the Bangkok hospital.  Smooth process, very pleasant staff and nice environment.  It all went well, the nurse had a…
Abertillery
Yes keep all malls closed for a few weeks ,in the city I'm in in the north east, central plaza has opened a coffee fair where people are gathering no distancing some without masks unbelievable

King Cotton
44 minutes ago, Abertillery said: Yes keep all malls closed for a few weeks ,in the city I'm in in the north east, central plaza has opened a coffee fair where people are gathering no distancing some without masks unbelievable …