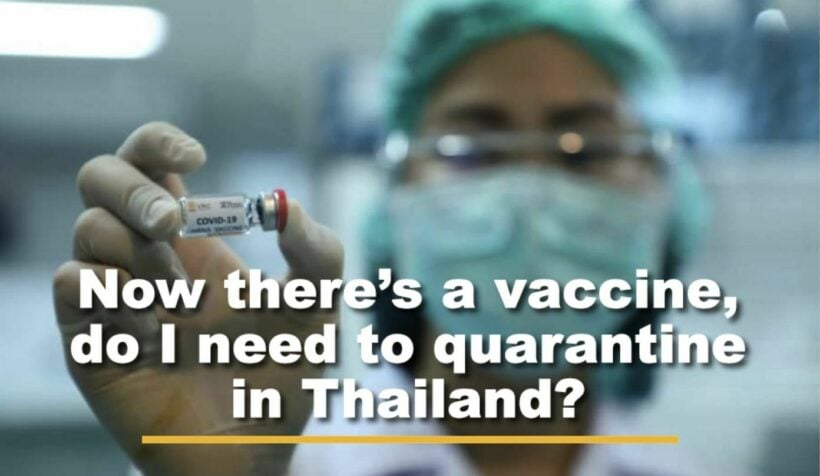 Thailand’s Public Health Ministry has issued an official statement stating that, in the short to medium term, “everyone entering Thailand has to do at least a 14 day quarantine”.

“The quarantine will apply, even those people who have been vaccinated.”

The Public Health Ministry says the reason is because the vaccination process has only just begun in some countries around the world.

“There is no agreement or study on how effective the vaccine is in a real life environment.”

At this stage the World Health Organisation has not made an official statement about the situation.

Over the next few months many studies and assessments will be conducted into the efficacy of the various vaccines from the different manufacturers.