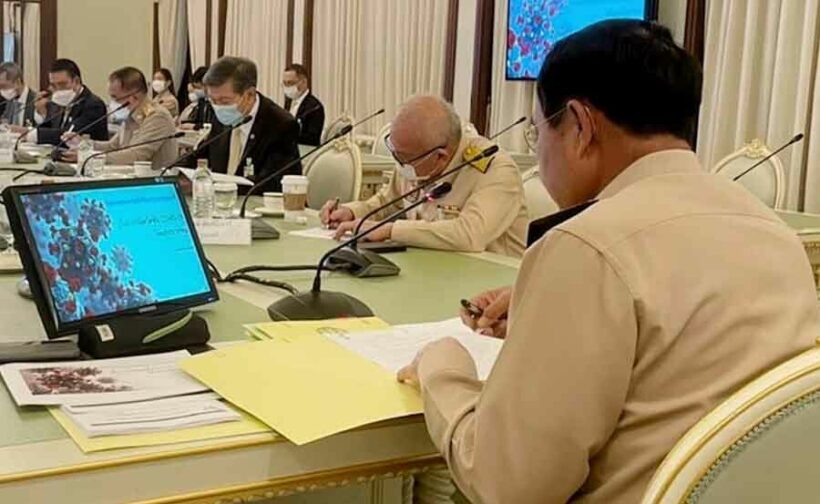 You know what it’s like when you’re rushing out the door in the morning with too many things on your mind. You’re being slammed for your handling of a pandemic, berated for your failure to procure sufficient vaccines and generally, having a bit of a rough ride.

There’s a lot to distract you as you gather your belongings. Keys, check. Wallet, check. Medals, check. Into the car you get and off you go to serve the people who elected… oops, no scratch that bit. Only on arrival at your place of work do you realise that with all you’ve had to worry about, you forgot to bring a face mask – doh!

PM Prayut Chan-o-cha has had to cough up 6,000 baht after the Bangkok governor fined him for not wearing a face mask while attending a meeting at Government House yesterday. Thai PBS World reports that a photo of the PM sitting at a meeting table without a face mask was posted on his own Facebook page after the meeting. The photo was later removed, but by then, it had already been shared by eagle-eyed netizens.

Bangkok Governor Aswin Kwanmuang visited Government House later that day, accompanied by the chief of the Metropolitan Police Bureau and an officer from Dusit police station. The governor informed the PM that he had violated the law that mandates the wearing of face masks in public and was therefore being fined 6,000 baht. The maximum fine for the offence is 20,000 baht, usually less for a first time offence.

Speaking to the media later, the governor said that, prior to his visit to Government House, the PM had asked him if he’d broken the law by going mask-less. He says he confirmed he had and that the PM was happy to pay the fine for his slip-up. Truly, an example to us all.