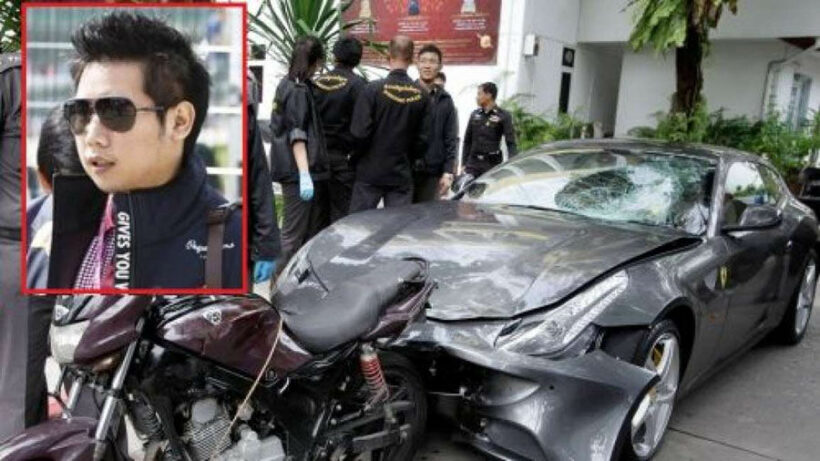 Vorayuth Yoovidhya, otherwise known as “Boss”, and heir to the Red Bull empire, has 7 years before the statute of limitations runs out on the case against him. He is accused of murdering a policeman in Bangkok in September 2012. Officer Wichian Klanprasert was riding his motorbike in the Thong Lo area of the capital when Boss hit him with his Ferrari and then proceeded to drag him and the bike more than 100 metres under the car, before speeding away.

In the immediate aftermath, police who arrived on the scene followed a trail of brake fluid, which led to a luxury property nearby, where the damaged car was parked. Boss was tested for alcohol at the property and found to be over the limit. He subsequently failed to appear for seven different court appointments and was somehow allowed to leave the country. Although he is understood to be on Interpol’s most-wanted list, he has managed to evade being captured to this day.

Senior prosecutor Prayut Petchrakhun says if Boss arrives back in Thailand, he will be arrested. However, the case against him will expire in September 2027, meaning he can no longer be prosecuted. A speeding charge against him expired in September 2013. The prosecution says it can only act on instructions from the Royal Thai Police which has yet to come to fruition-leaving Boss a free man for now.