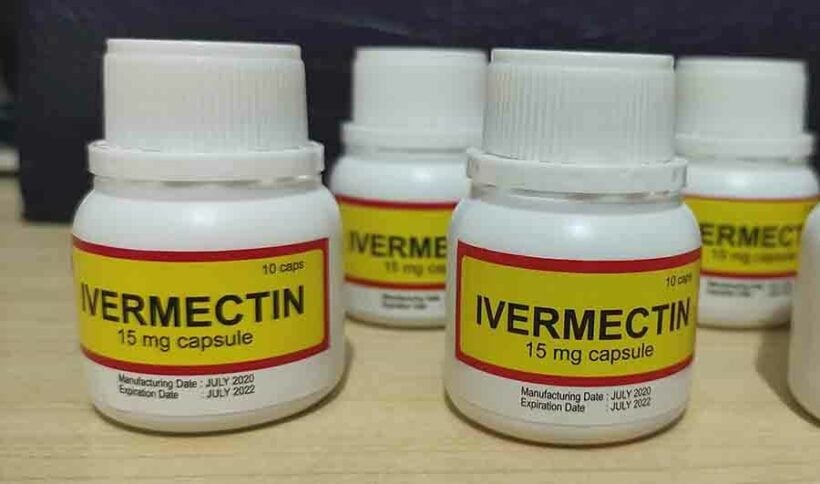 The Thai Food and Drug Administration is warning people not to use a drug usually reserved for veterinary treatment to treat Covid-19. Surachoke Tangwiwat from the FDA (and many other international studies) have determined that the anti-parasitic drug Ivermectin is not designed for human use.

“The side-effects can be severe and include dizziness, rash, nausea, hives, and the potential to seriously affect the nervous system and people’s sight.”

“Ivermectin is technically not produced to be used on people so the risks are greater than drugs specifically developed for humans. People must not buy it without a prescription and in any case, a study on its effectiveness against the virus has yet to be concluded.”

According to a Bangkok Post report, Surachoke points out that while there have been some isolated cases of the drug being used to treat parasites and scabies in humans, there is no evidence of its efficacy against Covid-19. Trials have taken place to look into its use against the virus but, while some suggested it was effective, others found the opposite.

A spate of claims on social media recently point to Covid-19 cases dropping in India as a result of treatment with Ivermectin. However, the Pharmacy Faculty at Chiang Mai University attributes the drop in infections to more vaccines being rolled out. According to the Bangkok Post, the university has described the claims of Ivermectin’s efficacy as “fake news” that could lead to “terrifying consequences”, particularly for elderly people who believed them.

The World Health Organisation has not declared Ivermectin safe for use in Covid-19 patients.

BlueSphinx
1 hour ago, Tjampman said: Right so if health services worldwide says something, it obviously cannot be true, But random people on the internet, and other snake oil sales men sure these are the men we can trust!  Don't fall…

AussieBob
Wow - this whole Ivermectin thing is going full monty.  Dare I mention that the Indian Council of Medical Research (ICMR) approved the use of hydroxychloroquine as a preventive drug for coronavirus - you know - the drug that Trump…
Ttalk
<Your link to another site is deleted and the post holds no discernible relevance to the topic.  Please go to INTRODUCTIONS and tell us a bit about who you are before joining new discussions.>