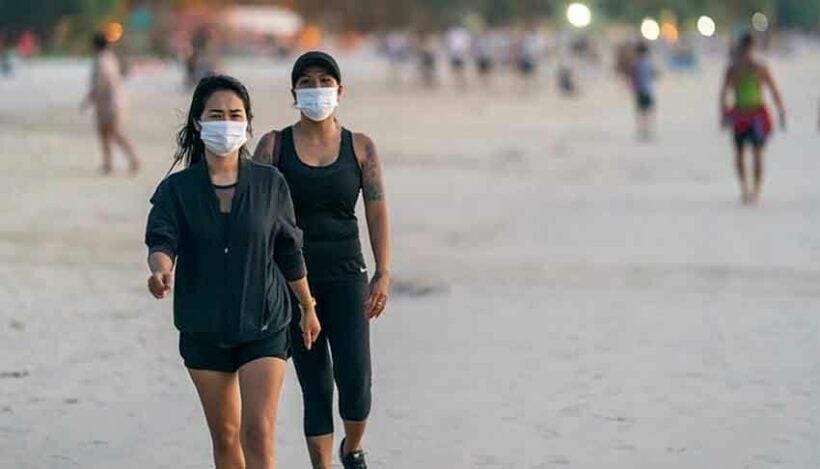 People caught not wearing a face mask in a public space face stiff penalties, with the courts fining at least 9 people so far this week. Officials are cracking down on face mask violations as disease prevention measures are ramped up to curtail the spread of Covid-19. Certainly Thai police have shown their fervour for the crackdown and have been stopping people in all parts of the country.

Suriyan Hongvilai from the Office of the Judiciary says the fines are decided based on the circumstances and the seriousness of the offence. Provincial officials have mandated mask-wearing in public spaces in nearly all circumstances, with the exception of eating, drinking, or exercising. The mask mandate is now in place in 63 of the 77 Thai provinces. It is also compulsory for car drivers to wear a mask if they have 1 or more passengers in the vehicle with them. And, even if travelling by car with someone they live with, the rule still applies.

The Bangkok Post reports that, on Monday, 2 people were fined 2,000 baht each at a court in the southern province of Surat Thani after failing to wear face masks. However, it’s understood the penalty was halved as a result of them pleading guilty. Also in Surat Thani, another person was fined 1,000 baht the following day.

Also on Tuesday, a provincial court in central Thailand fined 2 people caught without face masks. The court in Ayutthaya handed down fines of 4,000 baht each, with another 2 people fined the same amount in the southern province of Yala. In each of these cases however, the fines were also halved as a result of guilty pleas from the accused.

Opposition calls for the Thai PM to stand down, Democrats re-iterate their support