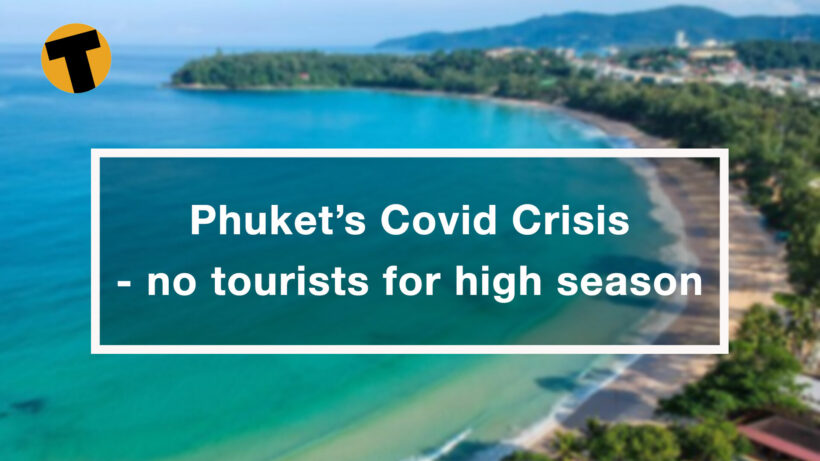 We visited Phuket 3 months ago and found the west coast tourist towns empty and devoid of people. Businesses had closed, vendors headed back to their home towns, shops shuttered and streets very, very quiet. The island’s east coast was still busy with the locals and many expats getting on with their daily lives, getting used to the ‘new normal’.

But now it’s the island’s high season, the busiest time of the year. What are the island’s main tourist towns like now?

We sent Tim Newton on a mission.

Thailand’s tourist hotspots have had an awful year, that’s no secret. But probably fairing the worst is the southern tourist island of Phuket which, despite its airport, has seen the most dramatic drop off in tourism.

Since more than a quarter of the island’s workforce moved off the island during March and April this year, the problems have only deepened with a few half-hearted attempts, including the much-discussed Phuket model, to draw travellers back to the island.

But nothing has come to fruition.This time of the year the island would be brim-full with international tourists, not this year. We head to some of the island’s most popular holiday towns.

Some determined expats have stuck it out in Patong, watching most of the working population, along with many of their friends, leave. But not Pradeep, an expat of some 6 years in Patong. We asked him how quiet is it?

The only good thing out of all this lack of tourists is the chance to get some major works done. In Karon there has been some major road resurfacing going on whilst the roads a quiet, getting ready for the eventual return of the travellers.

Whenever that will be.