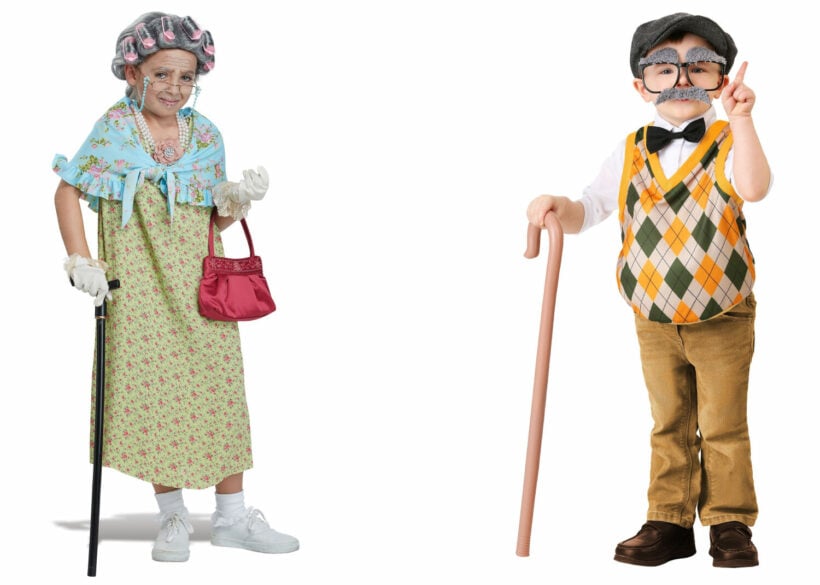 PHOTO: People have faked their age for vaccination at an elderly centre. (via HalloweenCostumes.com)

It’s not unusual for people to lie about their age to seem younger, but at Bangkok’s main vaccination centre for the elderly, as many as 100 people have attempted to get vaccinated against Covid-19 by pretending to be old. Since those over 60 years old, or with one of 7 chronic medical conditions considered high-risk for Covid-19 are eligible for priority vaccination, many have attempted to jump the queue by registering until a false age.

Bang Sue Grand Station is the main vaccination centre for people over the age of 60 years old, so they have been allotted plenty of vaccines in Thailand’s drive to vaccinate that prioritises the elderly and at-risk. While they do allow some walk-ins for vaccines, they only accept them for people over the age of 75 and any accompanying caretakers. This restriction is in place at least until tomorrow.

All other vaccinations need to be registered in advance and have a valid appointment. As a result, many applicants put in a false age when they registered online in order to be eligible for a vaccination appointment. They received a QR code or SMS confirming their appointments.

But the plan did not work for as many as 100 people who put in their incorrect age to receive an appointment. The doctor in charge of the Bang Sue Grand Station vaccination centre explained that when they arrived in person to receive their vaccine, their identities were confirmed by checking IDs, which revealed their true age. Since they were under 60, they did not qualify for vaccination and were sent away empty-handed.

While many attempt to cheat the system by posing as elderly to get a vaccine, the primary centre for the elderly has only given 120,000 people over 60 vaccines out of the total 800,000 doses that the centre has given so far. Vaccination rates remain low for people over the age of 60 despite government pushes to get them inoculated as a priority.

Bang Sue Grand Station has also had an issue with people showing up for appointments that don’t exist. The problem seems to be that many are going through the online registration process all the way to the end, but then failing to press the final confirmation button on the last screen that actually sets the appointment.

Bluesofa
1 hour ago, Dedinbed said: Oh I don't know .. my mate wasn't old enough to see the Exorcist back in the day but managed to blag a way in .. regretted it though when the head spinning and throwing…
Graham
Did not apply to any Thai Hi-so.
DiJoDavO
"While many attempt to cheat the system by posing as elderly to get a vaccine, the primary centre for the elderly has only given 120,000 people over 60 vaccines out of the total 800,000 doses that the centre has given…
DiJoDavO
12 hours ago, SickBuffalo said: This virus is as vicious and destructive as a TVF mod. Really? Is Covid THAT bad? ?
HuaHinHappy
Sad and suggestive of the panic that is bubbling beneath the surface.