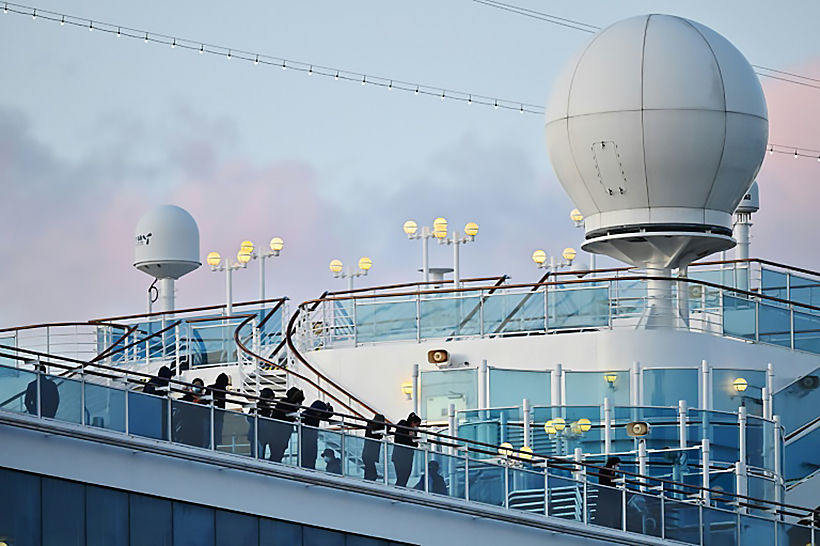 PHOTO: People still in quarantine on the deck of the Diamond Princess in Yokohama yesterday - AFP

Passengers onboard the Diamond Princess, the coronavirus-wracked cruise ship which has been quarantined in Yokohama’s harbour for two weeks, began disembarking today after testing negative for the disease that has now claimed more than 2,000 lives in China.

The ship proved a fertile breeding ground for the COVID-19 coronavirus, with at least 542 positive cases, the largest cluster of confirmed cases outside of China. There is mounting criticism of Japan’s handling of the quarantine as passengers prepare to return to their home countries.

Disembarkation is expected to take around three days as more test results become available. Anyone who has had contact with an infected passenger will have to undergo 14 more days in quarantine.

In addition, the crew will begin a new quarantine when the last passenger has disembarked.

New figures in China today showed the death toll surging beyond 2,000 with more than 74,000 infected. Hundreds more cases have been reported in two dozen countries. 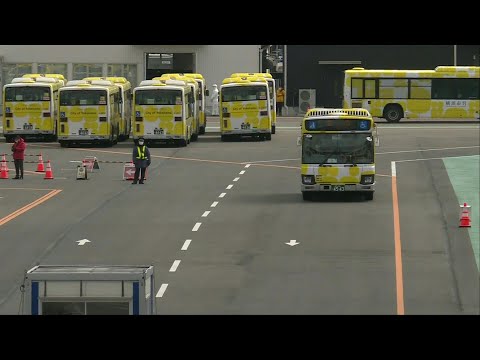 For about 500 passengers allowed to disembark after testing negative, their difficult 14-day quarantine period is over after their dream cruise became a nightmare of fear and crushing boredom,in many cases confined to small windowless cabins.

“NEGATIVE! Me, son, husband, mom and dad! Thank you Lord for protecting us… So emotional now,” tweeted one passenger, who has been cooped up with her six-year-old son. But not everyone was so lucky.

British passenger David Abel, who became a minor celebrity with his upbeat video messages in the early days of the quarantine, including a cheeky request to the captain for whisky, personified the mood shift aboard.

“It’s all getting to us now and it’s not just me, it’s the other passengers as well. It’s the not-knowing factor that is the real challenge. Mentally, it’s now taking its toll. Right now, it’s very hard to remain focused on anything.”

He later announced he and his wife Sally had tested positive.

China announced today there were 1,749 new infections, the lowest number of new cases this month. All but 56 were in the epicentre of Hubei province.

Michael Ryan, head of WHO’s health emergencies programme, said the outbreak was “very serious” and could grow, but stressed that outside Hubei, it is “affecting a very, very tiny, tiny proportion of people.”

There have been 900 cases around the world, with five deaths in France, Japan, the Philippines, Taiwan and Hong Kong.

Several countries appear to have lost patience with the onboard quarantine and have prepared chartered planes to bring back their citizens. In the first such evacuation Monday, more than 300 Americans flew home even though 14 of them had tested positive.

Early Wednesday, South Korea flew six of its nationals plus a Japanese spouse to Seoul. They will be placed in isolation for 14 days, according to the Yonhap news agency. reported.

Britain, Hong Kong and Australia are among other countries that have vowed to repatriate people from the ship but will insist on a further 14-day quarantine on home soil.